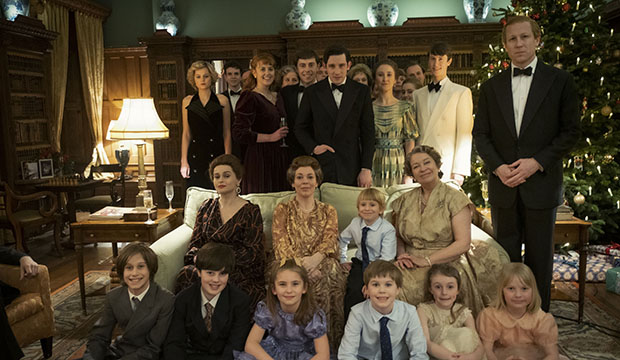 “The Crown” director Jessica Hobbs won Best Drama Directing at Sunday’s Primetime Emmy Awards and noted in her speech that “not a lot of women have won this award.” It’s true — she is only the fourth woman to win the category.

Hobbs joins Karen Arthur (“Cagney & Lacey,” 1985), Mimi Leder (“ER,” 1995) and Reed Morano (“The Handmaid’s Tale,” 2017) as the category’s only female champs. Hobbs was one of three women nominated this year alongside Liz Garbus (“The Handmaid’s Tale”) and Julie Anne Robinson (“Bridgerton”). The other nominees were Steven Canals (“Pose”), Benjamin Caron (“The Crown”) and Jon Favreau (“The Mandalorian”).

“The Crown” was predicted to win drama directing — but for Caron’s episode, “Fairytale,” which depicts the wedding of Prince Charles (Josh O’Connor) and Princess Diana (Emma Corrin) and the latter adjusting to her new life. Hobbs helmed the season finale “War” and was in fourth place, also behind No. 2 “The Handmaid’s Tale” and No. 3 “The Mandalorian.”

This is the latest surprise the directing branch has offered us in drama directing as the odds-on frontrunner has not won this category since Morano. In 2018, “Handmaid’s” was predicted to prevail again, but Stephen Daldry, who was in fourth place in the odds, pulled off an upset for “The Crown” on what turned out to be a bad night for “Handmaid’s” as it got blanked. In 2019, Jason Bateman was as stunned as anyone when he triumphed for “Ozark.” He was in sixth place out of seven, with “Game of Thrones’” series finale in first. And last year, “Succession” was predicted to prevail — but for Mark Mylod for the Season 2 finale. Instead, Parekh, who was in fourth place, trumped his colleague with “Hunting,” aka the “boar on the floor” hour. So basically “The Crown” pulled a “Succession” this year.