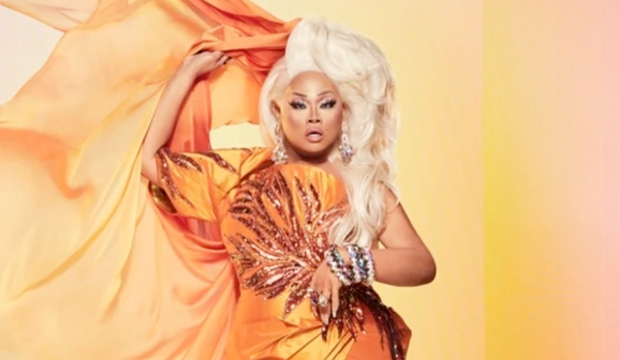 After four episodes of “RuPaul’s Drag Race All Stars‘” sixth season, viewers still have no idea what the “game within a game” twist actually means. All we know is that host RuPaul Charles has told each of the eliminated queens — Silky Nutmeg Ganache, Jiggly Caliente, Serena ChaCha and Yara Sofia — to stop packing their bags, suggesting they may be returning to the competition. In our recent poll, we asked fans to tell us which fallen queen they most want to see come back to the werk room, and Jiggly is the favorite with 44% support. (This poll was conducted before Yara’s elimination in the July 8 episode.)

Jiggly rose to fame on Season 4 of the reality TV show, where she came in eighth place behind eventual winner Sharon Needles. Prolific television producer Ryan Murphy kept his eye on Jiggly all these years, eventually casting her in “Pose” as Veronica Ferocity. In 2018 Jiggly released her first album, “T.H.O.T. Process,” and in 2020 she co-hosted “Translation,” the first talk show featuring an all-trans cast.

Ru asked Jiggly to be a part of the current sixth cycle of “All Stars,” but her time was cut short as was sent packing in the second episode, “The Blue Ball.” In the unconventional materials challenge, she felt out of place in the werk room after seeing her competitors thriving while creating their garments. Ultimately, Jiggly’s T-shirt dress with ribbons and fringe was too simple and failed to impress the judges.

Rounding out our poll results, 28% of “Drag Race” fans say they want Silky Nutmeg Ganache to return while 7% hope Serena ChaCha comes back; the remaining 21% voted for “none of them.” Season 11’s Silky was eliminated in the third episode after being on the losing team in the “Side Hustles” commercial acting challenge. Season 5’s Serena went home at the end of the first episode, “All Star Variety Extravaganza,” after dancing and singing to a song about wigs. And Yara was ousted this week thanks in part to fumbling her Shakira lip sync during the “Halftime Headliners” challenge.