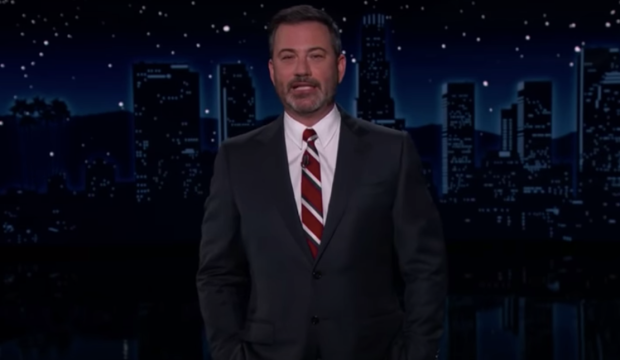 On Wednesday, congressional Republicans voted to remove Liz Cheney, the No. 3 Republican in the House, from her leadership position because of her repeated denunciations of Donald Trump. What happened to Dick Cheney’s daughter is yet another example of the party’s unwillingness to tolerate dissent or face reality. Even some people who disagree with her politically feel bad for her.

“I never thought I’d be pro-Cheney in any way, but it has happened,” Jimmy Kimmel said on Wednesday’s episode of his show. He said she was basically removed for telling the truth and saying that the election was not stolen from Donald Trump.

“You know, you can’t have Republicans going around saying Joe Biden won the election,” Kimmel said. “People might get the right idea.”

Cheney was one of just 10 Republicans to vote to impeach Trump after the January 6 insurrection and had not backed down in her criticism of Trump and the party, so her job was taken away as punishment.

Trump commented on Cheney’s ouster on his little website. “Liz Cheney is a bitter, horrible human being,” the former POTUS wrote. “I watched her yesterday and realized how bad she is for the Republican Party. She has no personality or anything good having to do with politics or our Country.”

“Do you think he has these prewritten, and just fills in the blanks like Mad Libs?” Kimmel cracked.

“The Republicans in the House of Representatives have a great opportunity today to rid themselves of a poor leader, a major Democrat talking point, a warmonger, and a person with absolutely no personality or heart,” Trump continued. “As a representative of the Great State of Wyoming, Liz Cheney is bad for our Country and bad for herself.”

“Can you be bad for yourself?” Kimmel wondered. “What other option is there?”

“And why are the Republicans so afraid of Donald Trump?” Kimmel continued. “They’re the ones giving him power by pulling stunts like this. But Liz Cheney isn’t backing down. She said today she will do everything she can ‘to ensure that the former president never again gets anywhere near the Oval Office.’”

Dule Hill ('The Wonder Years'): 'Everything in life is music' and is 'all a rhythm' [Exclusive Video…

Who's performing on 'American Idol' tonight? Meet the Top 7 finalists competing for America's…

Jacob Yofee and Roahn Hylton ('The Wonder Years' composers): 'Not something you really hear on network…