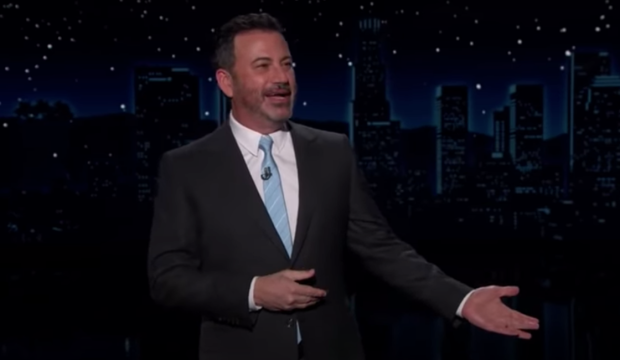 “Obedience school seems to be working well for Mike Pence, who has apparently patched things up with his former owner Donald Trump,” Jimmy Kimmel cracked on Wednesday’s “Jimmy Kimmel Live.”

On Tuesday, the former vice president told conservative lawmakers that he and the former president are still friends even after Pence refused to participate in Trump’s attempts to overturn the election results — an action which prompted rioters to search for Pence while they stormed the Capitol.

“Pence told a group of lawmakers yesterday that he and Trump have a ‘close personal relationship,’” Kimmel said. “Right. Just like OJ and Nicole.”

“I believe Mike Pence has spent the last month doing a little something called ‘weighing his options’ and found that it would be better to be friends with Donald Trump,” Kimmel added.

Kimmel imagined if he were Trump how fun it would be to announce that he needed a kidney transplant and make loyalists like Pence, Rudy Giuliani, and Lindsey Graham donate an organ to him so he could decide which one he liked best. “And then I’d bring them to Mar-a-Lago and say, ‘Just kidding, I’m gonna put your kidneys in my trophy case. Next to your balls.’”

Kimmel also talked about Trump’s pathetic quest to get back on Facebook after being suspended from the site in the wake of the riot. The former president is making an appeal to something called the Facebook Oversight Board to try to get his posting privileges reinstated.

“I get endless delight from the fact that a former president is begging to get back on the website where your aunt posts pictures of ducks she saw at the park,” Kimmel said. “If they put him back on, we should all get off – we should just all get right off. Turn Facebook into a Blockbuster video store.”