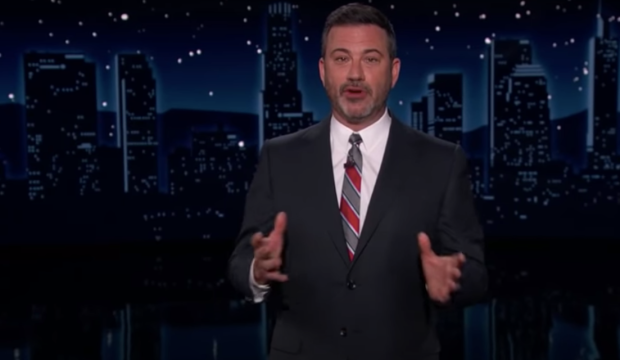 Remember Mike Pence? You’ll be hearing about him a lot more in the relatively near future, as the former vice president and likely 2024 presidential candidate signed a multimillion-dollar, two-book deal with publisher Simon & Schuster.

“I wonder if he knows they’re a gay couple, Simon and Schuster,” Jimmy Kimmel joked on Thursday’s episode of his eponymous talk show.

The first book will be an autobiography, and is tentatively slated for release sometime in 2023.

“A release date has not yet been announced, but the title has,” Kimmel said. “It’s going to be called ‘Ass-Kisser.’ I like it. It’s simple, it’s to the point.”

In a statement, Simon & Schuster executive Dana Canedy called Pence’s memoir “the definitive book on one of the most consequential presidencies in American history.”

“Oh, it was consequential all right!” Kimmel said in response. “I agree with that.”

Kimmel said that the book won’t just be about Pence’s time in the White House and will actually cover the former radio host and Indiana governor’s whole life, “including traumatic family events, like the time he saw Mother without her bonnet. He even opens up about the time in college he experimented with almond milk.”

Kimmel is looking forward to reading Pence’s story. “This will be the only time pages got whiter after words were printed on them,” he joked.

Pence may end up being the highest-ranking Trump administration official to get a book deal with a major publisher; several publishing industry executives told CNN they probably wouldn’t publish Donald Trump’s memoir because the money the book would bring in wouldn’t be worth the difficulty of doing business with Trump or the backlash publication would create.