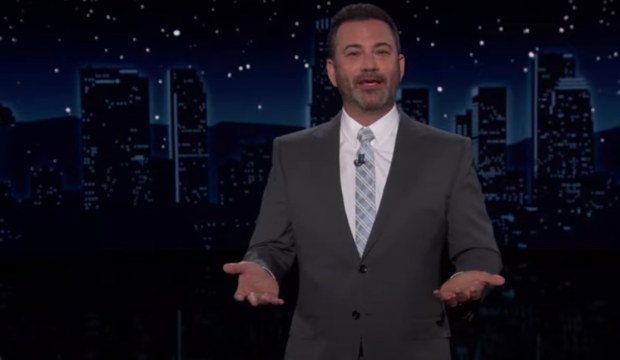 Ted Cruz has been a frequent target of Jimmy Kimmel’s insult comedy over the years, and the tweeting senator is always willing to give it back. This round of barbs started when Kimmel mocked Cruz’s response to an Army recruitment ad on Monday’s show. The ad features a female soldier who was raised by two moms, which Cruz found offensive. He called the military “woke and emasculated.”

“Which I pointed out – fairly, I thought – is funny coming from a guy who let Donald Trump use his testicles on the driving range,” Kimmel said, before referencing a “Game of Thrones” character who was rather infamously castrated. “He was Trump’s Theon Greyjoy, okay?”

(That’s not really all Kimmel said. The full comment is harsher: “Ted Cruz, who four years ago took permanent residence up the ass of a man who beat him in every election by calling his wife ugly and slandering his elderly father, says this is emasculating. Primarily because Ted Cruz is not human – he’s a moist, gelatinous tubeworm whose elastic band pants are filled with an inky discharge every time he speaks.”)

Cruz responded on Twitter with a link to a video from a charity basketball game they played in 2018, which Cruz won, writing “.@JimmyKimmelLive keeps talking crap. Really tough guy. Here’s a reminder, when we played one-on-one, I kicked his ass. He has to live with that…forever. Rematch, punk?”

“We shot like 10% from the field,” Kimmel said. “That game was uglier than him, okay? The charities we were playing for almost refused to accept the money.”

Kimmel said they were supposed to play to 21, but during the game, they agreed to stop at 11 just to put themselves out of their misery. “So there is nothing there to boast about,” Kimmel said.

“After you won the game, do you remember what I did?” Kimmel addressed Cruz. “I said ‘good game, thanks’ and I shook your disgusting hand. I didn’t complain that it was rigged. I didn’t ask for a recount on the referee.  I didn’t start a conspiracy theory about the basketball having a microchip in it. I accepted it. I brought shame on my family, and I embraced it. As I always do.”

“I mean, listen, it was a terrible day,” Kimmel continued. “I lost a basketball game to a man who ate one of his own boogers during a presidential debate.”

“Anyway, apparently, I was mean to Ted and he’s very upset,” Kimmel concluded. “And if history is any indication, he’s so upset that means he’ll be washing my car this weekend. So I look forward to that.”