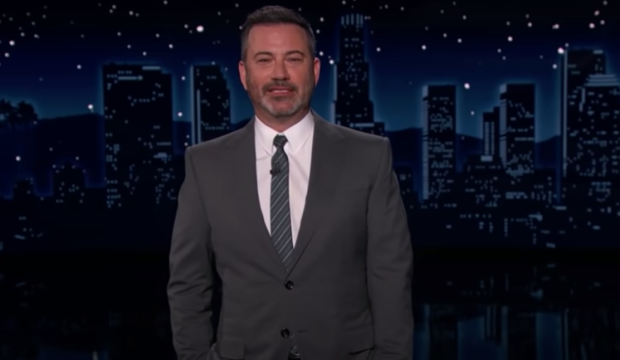 To paraphrase the great Shel Silverstein, “lots of folks I’m glad I ain’t, but mostly Matt Gaetz.” Because as Jimmy Kimmel put it on “Jimmy Kimmel Live” Wednesday night, “The odds of Matt Gaetz going to prison are now higher than his hair.”

Things are not looking good for the embattled Florida congressman who’s under investigation by the Justice Department for potentially violating sex trafficking laws. According to the New York Times, his associate, former tax collector Joel Greenberg, is cooperating with investigators and has reportedly told them that he and Gaetz paid women for sex. That news was followed by a CNN report about bacchanalian house parties with local Florida Republican politicians that Gaetz regularly attended. “They would have after-parties following official events with drugs and sex and pita chips, everything,” Kimmel joked.

“Two women who said they were at these parties told CNN they saw Gaetz taking pills they assumed were party drugs, and he had sex with women, after which money would change hands,” Kimmel said. “That’s crazy. Has Matt Gaetz learned nothing from Donald Trump? You’re supposed to have your lawyer pay the women after you have sex with them, in secret.”

Kimmel acknowledged that Gaetz has repeatedly denied all allegations against him, but then rolled a clip of what Kimmel felt was a pretty damning line from a speech Gaetz gave over the weekend: “If you want something done, hire a woman,” Gaetz said.

“That sounds like a confession to me,” Kimmel joked.

Kimmel said that the allegation Gaetz is pushing back against hardest is that Donald Trump doesn’t want to talk to him. “CNN reported he was denied a meeting with Donald Trump at Mar-A-Lago, and Matty and Fatty are both crying ‘fake news,’” Kimmel said. Gaetz and Trump both said that’s not true. But Kimmel doesn’t believe that Gaetz hasn’t reached out to Trump — and to prove his point, Kimmel then rolled a long slideshow of photos from Gaetz’s Instagram of him and Trump with fawning captions.

“And that’s not even all of them,” Kimmel said. “All the guy does is brag about his time with Trump – which I guess explains why he would be so upset about the idea of people thinking Trump won’t see him. Maybe they’ll share a cell together. Wouldn’t that be sweet?”