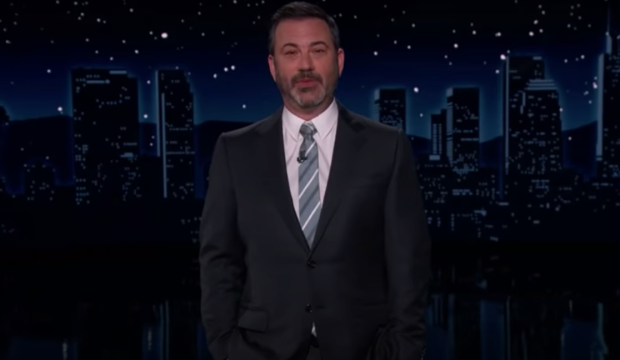 Former President Donald Trump put out one of his little press releases on Tuesday. He did his annual thing where he gloated about the Academy Awards’ declining TV ratings and criticized the ceremony for being too “politically correct.” One night after saying a similar thing (in a joking manner), Jimmy Kimmel read Trump’s abstractly punctuated statement on his show.

“What used to be called The Academy Awards, and is now called the ‘Oscars’ – a far less important and elegant name – had the lowest Television Ratings in recorded history, even much lower than last year, which set another record low,” Trump wrote. “If they keep with the current ridiculous formula, it will only get worse – if that’s possible. Go back 15 years, look at the formula they then used, change the name back to THE ACADEMY AWARDS, don’t be so politically correct and boring, and do it right. ALSO, BRING BACK A GREAT HOST. These television people spend all their time thinking about how to promote the Democrat Party, which is destroying our Country, and cancel Conservatives and Republicans. That formula certainly hasn’t worked very well for The Academy!”

“And then that’s the end,” Kimmel quipped. “Then he passed out in his oatmeal.”

“But this is what happens when you’re banned from social media,” Kimmel added. “Instead of tweeting like everybody else, you have to fax a statement two days after everyone forgot the Oscars happened.”

Kimmel said the Academy, “in an unusual move,” put out their own “statement.”

“What used to be called The President of The United States, and now is some guy called “Don” a FAR less important and elegant name has the lowest approval rating of any President in MODERN HISTORY. Your hair is ridiculous, your tan is ridiculous and everything you say is dumb. Go back 15 years, GET A NEW REALITY SHOW pretend to write another book and go back to bed. P.S. Our show SUCKED this year cause you gave everybody Covid.”

Kimmel noted that there’s basically nothing the Oscars could do to please Trump. “Donald Trump’s idea of the perfect Oscars show would be three hours of Jon Voight praising his two-second on-screen performance in ‘Home Alone 2,’ right? But he does make some valid points. And so we put our heads together this afternoon to come up with an Oscars show that would have been more entertaining for Donald Trump. And these are some nominated movies Trump would have probably enjoyed: ‘The Father – Who Never Showed Me Affection;’ ‘Ma Rainey’s Black Bottom That I Spanked with a Forbes Magazine;’ ‘Promising Young Woman – 130 Grand to Keep Her Mouth Shut’ [starring Stormy Daniels]; ‘The Trial of the Chicago Seven Layer Dip,’ and ‘Grab Her By the Octopus Teacher.’”

“The thing is, Donald Trump basically is the Oscars,” Kimmel concluded. “Old, bloated, completely self-involved, and obsessed with gold. He’s them.”