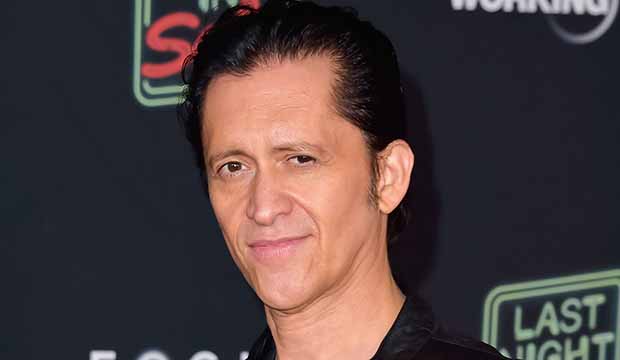 Directors often mine their past for their films. Clint Bentley returned to the world in which he grew up to make his lauded new film “Jockey.” During a recent Zoom conversation with Film Independent, Bentley noted that his father was a jockey and his film “started from that place of having a specific feeling I wanted to share through a movie. That was just the feeling of what it feels like to be on the backside of the racetrack. I felt there had been a lot of movies about racing, but none had really gotten that lifestyle across and then also showing the life of jockey, which I didn’t feel had been explored.”

“Jockey,” which premiered to strong reviews at Sundance, stars veteran character actor Clifton Collins Jr. (“Capote”) as Jackson, an aging jockey who bares the scars of his job. He’s broken his back several times and even is suffering from seizures which cause numbness. Perhaps it time to put up the reigns for good. But then his longtime trainer Ruth (Molly Parker) acquires a special horse Jackson quickly realizes is the “horse I never thought I’d get to ride” and a 19-year-old prodigy (Moises Arias) arrives at the track idolizing Jackson and convinced he is his father.  (Real jockeys and other racetrack personnel appear in supporting roles in the film.,)

“Jockey” won the feature film Audience Award at the AFI Fest and Collins claimed the U.S. Special Grand Jury Award for acting at Sundance. He is nominated for an Independent Spirit Award while Bentley, producer and co-writer Greg Kwedar and producer Nancy Schafer are in contention for the John Cassavetes Award.

The actor, who had previously worked with Bentley and Kwedar on the 2016 thriller “Transpecos,” said it didn’t take a lot of convincing when the duo approached him about playing Jackson. “When you do an independent film, you get to forge these bonds that you might not do on a big commercial film,” said Collins, the grandson of the actor Pedro Gonzalez-Gonzalez, who came to fame as a contestant on Groucho Marx’s “You Bet Your Life.” “Sure, they had to get a story together, but first and foremost, they developed a trust with me and a sense of loyalty.”

Parker was approached after the script was written. “They had a script that was really very good and they had shot some stuff at the track,” she recalled. “What they sent was just so colorful and cinematic. Clearly they had an eye.” An added incentive was Collins, who is one of Parker’s favorite actors. “We did a panel for IFP 20 years ago together,” she said. “I think it was the first time we met. I felt that this was a role that I wanted to see him do. So, I wanted to come and support that.” “We clicked pretty hard,” said Collins of Parker. “Also, when Clint calls ‘action’ Molly turned it on. She just turns it on…. There very easily could have been a romance between Jackson and [Ruth].}

Bentley described Collins as an intuitive actor who made him a better director and even a better writer “in terms of he’s constantly asking questions. Sometimes you don’t know why he’s asking [the question] until you get to a scene five days later and you’re like ‘Oh shit. That’s why he was asking about this.’ Any scene that he was in interacting in whether it was him walking by himself on a track for a minute at sunset to interacting with a first-time actor, it was really amazing. Once we got in the edit there wasn’t a lot of having to trim around. It all just felt like one continuous person that he had built. It was amazing.”