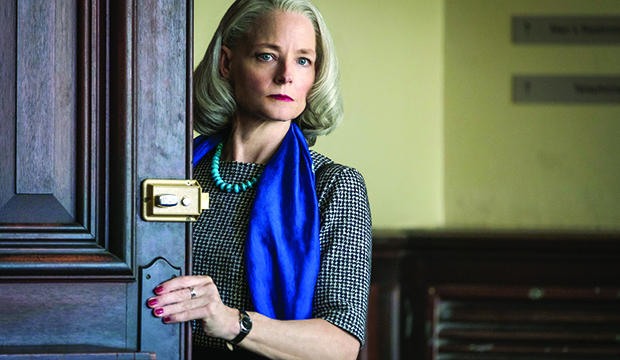 Jodie Foster is the new Aaron Taylor-Johnson. The two-time Oscar winner pulled off a Golden Globe upset in Best Supporting Actress for “The Mauritanian” last month, but she was MIA from Monday’s Oscar lineup, becoming the fifth Globe winner not to earn a corresponding supporting actress Oscar nomination and first in 44 years.

The last Globe champ and Oscar snubbee was Katharine Ross for 1976’s “Voyage of the Damned.” Before that, Katy Jurado of “High Noon” (1952), Hermione Gingold of “Gigi” (1958) and Karen Black of “The Great Gatsby” (1974) all failed to convert their Globe gold into an Oscar bid.

In terms of the men, eight supporting actor Globe champs have been overlooked by the academy, mostly in the ’50s and ’60s. Taylor-Johnson was the most recent one to be blanked. Like Foster, he won the Globe in a shocker, for 2016’s “Nocturnal Animals,” but the academy opted to nominate his co-star Michael Shannon instead. Prior to Taylor-Johnson, it was Richard Benjamin of 1975’s “The Sunshine Boys,” whose co-star George Burns won the Oscar. So between both categories, the Hollywood Foreign Press Association had a pretty good streak going for 40-plus years.

After snagging the Globe, Foster rose to sixth place in the odds, sitting behind the ultimate five Oscar nominees, Yuh-Jung Youn (“Minari”), Olivia Colman (“The Father”), Maria Bakalova (“Borat Subsequent Moviefilm”), Amanda Seyfried (“Mank”) and Glenn Close (“Hillbilly Elegy”). The Globe was the only major precursor nomination Foster received, though you could surmise that she would’ve hit BAFTA too if it weren’t for the new jury system seeing as her film got five nominations, including Best Picture. And with the supporting actress race the most unpredictable with no clear frontrunner in ages, it was not out of the realm of possibility for a legend like Foster to make an Oscar comeback this year.