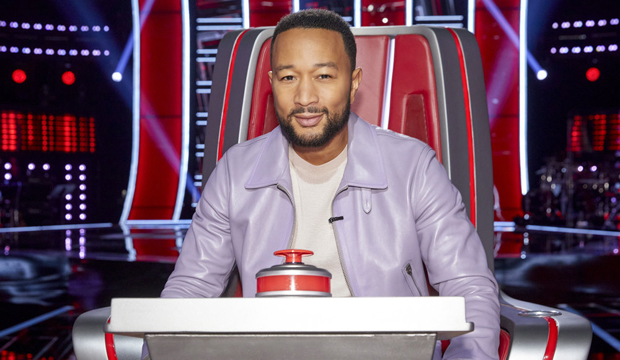 EGOT winner John Legend joined “The Voice” coaching panel in its 16th season, quickly becoming an attractive option to hopeful winners. The R&B crooner proved to be a powerhouse negotiator when it came to recruiting contestants with four-chair turns, bagging three in his first season including the eventual champion Maelyn Jarmon. But with just one blind audition episode remaining in Season 20, Team Legend has yet to recruit a single four-chair artist. Has Team Legend lost its mojo? Or will the coach come roaring back on Monday’s episode?

In Season 18 Team Legend led all teams once again with three four-chair turns: Thunderstorm Artis, Mike Jerel and Mandi Castillo. Team Nick was on the board with one, but it was Team Blake’s pair of four-chair turns, Todd Tilghman and Toneisha Harris, who went one-two at the season finale.

It was Season 19 when things began to quiet down on Team Legend and he was only able to score a single four-chair turn, Tamara Jade. Blake and Kelly each earned one as well with Worth the Wait and DeSz, respectively. Coach Gwen Stefani won her first trophy that season with 14-year old phenom Carter Rubin, who Legend had turned around for but lost to the “Hollaback Girl.”

Just one set of blind auditions remain in Season 20 and each coach has only one slot on their team left to fill. It will take an impressive artist to convince Blake, John, Kelly and Nick to all turn around at this juncture, but Team Legend still has a chance to bag a four-chair turn. Will John keep his streak alive? Or will Season 20 mark the first time Team Legend heads to the Battles without a four-chair artist?