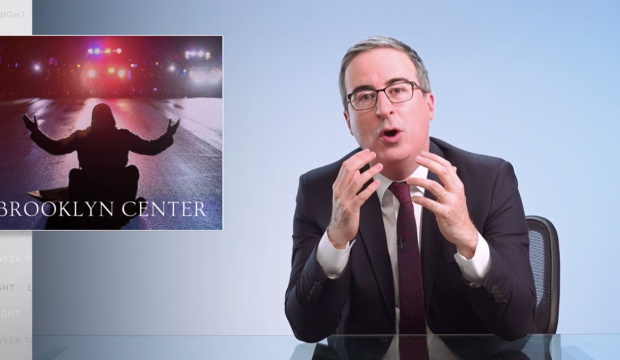 John Oliver devoted much of Sunday’s episode of “Last Week Tonight” to the killings of Daunte Wright and Adam Toledo, who were unarmed when they were shot by police. Wright was a 20-year-old Black man who was fatally shot by a Brooklyn Center, Minnesota officer who mistook her gun for her Taser. Toledo was a 13-year-old Latino boy who was killed by a Chicago police officer. The Chicago Police Department initially described the incident as an “armed confrontation,” but bodycam footage showed Toledo had both hands up when he was shot.

Oliver was sick over the predictable, miserable sequence of events that happens every time a police officer kills an unarmed person of color, which started this time after Wright was killed on April 11.

“This week sank into a depressingly familiar cycle, with the president insisting on ‘peaceful protests,’ which is so often just another way to prioritize compliance over righteous dissent and to protect property over human lives,” Oliver said on Sunday. “And those calls were especially galling given law enforcement’s anything-but-peaceful response, as police fired tear gas, rubber bullets, and flash-bang grenades at protesters, creating more tension and anxiety in an already emotionally exhausted city.” Minneapolis is currently witnessing the trial of Derek Chauvin, the police officer accused of killing George Floyd, a tragedy that set off last year’s wave of protests.

Oliver acknowledged his own role in that cycle and said he could go through the motions of his own ineffectual role, citing police brutality statistics, criticizing conservative media’s “appalling” response to the shooting, or simply saying that what happened to Daunte Wright was wrong.

“But the fact is, we couldn’t even finish writing about what happened to Daunte Wright before the city of Chicago released video of one of their officers killing a 13-year-old unarmed child, Adam Toledo, footage which clearly contradicted the picture of an armed confrontation painted by the police and the mayor, as well as a prosecutor who said Toledo had a gun in his hand when he was shot, which he did not,” Oliver said. “And that revelation began the cycle of protests, calls for peace, and police overreaction all over again.”

“Here is the thing,” Oliver continued. “This show has been on the air for seven years now… and in that time, we have repeatedly covered the multiple ways police terrorize communities of color in this country. We have done stories on police militarization; on their overuse of municipal violations and raids; on their lack of accountability, and on how the history of police in America is inextricably linked to white supremacy. And I could make the same arguments to you again now. I could describe the problem to you, but I think you know what and who it is. I could offer solutions, but I think you know what they are. I could offer you anger, but if you’re a sentient human being alive right now and you are not already full of that, I honestly don’t know what to say to you.

“Because the fact is, Black people continue to be mowed down by the police that they pay for,” he added. “And if you watched the news at all this week, you are probably exhausted. Black people in America definitely are. Not just from this week, of course, but from, you know, everything.”

Oliver then spent a few minutes covering some lighter stories just to give viewers’ brains and souls a break, before returning to close out his point about the cycle of state murder and police unaccountability. “The fact is, it’s once again been made painfully clear that we – and when I say we, I mean white America – have to stop talking about fundamental change in policing and actually make it happen because this cycle of state violence against Black lives has to be stopped. So put on your shoes, leave the house, march in the streets, and demand a better country, one in which Black people are treated with fundamental respect.” 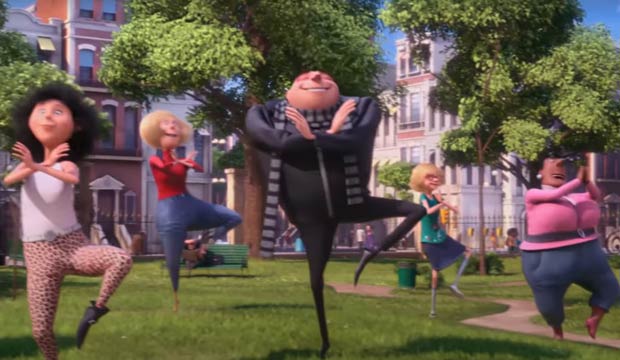