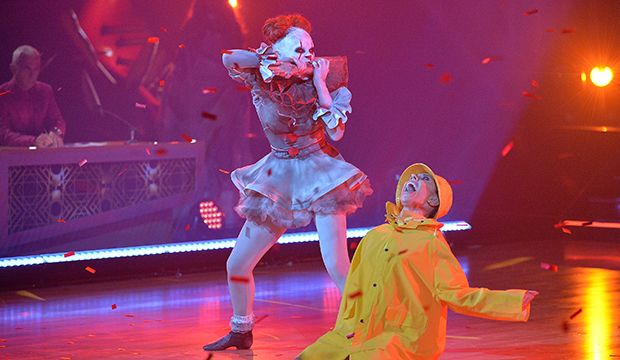 JoJo Siwa says she’s “really happy right now” after news broke last week that the “Dancing with the Stars” frontrunner had broken up with her girlfriend of nine months, Kylie Prew.

“I want to say that I’m really happy right now. I’ve been really happy since January when I came out. And I think you have a choice in life to let your happiness grow no matter what’s going on in your life,” Siwa told “Extra” after Monday’s “Dancing” when asked about the split. “And I’m really lucky with the people I surround myself with. And my bubble stays the same. No matter what happens in my bubble, when I trust you, unless you do something awful to me, that never goes away. And I think that’s something that I’m really thankful for.”

Siwa and Prew broke up earlier this month, according to Us Weekly. Around that time, Siwa shared that she had gone through something “very, very extreme” in her personal life while she was rehearsing for Disney Week and had leaned on her partner Jenna Johnson and friends and family to get through it.

“[It’s] something that I had never gone through and something that I’ve never felt before,” she said at the time. “I’m really lucky that every day this week, I got to spend three hours with my best friend in rehearsals. At the end of rehearsal, she would go, ‘OK, we got there. You OK? Cool.’ … It definitely has been a week, but because of my family, because of this song, because of the show, I’m on the other side of it.”

Siwa certainly has lots to be happy about on the show as well. She and Johnson earned their second perfect score of the season on Monday for their “It”-themed jazz routine, in which Siwa played Pennywise. “I was also like, ‘Where’s the 9?’ Like someone’s going to throw out a 9, like it’s too good to be true,” Siwa said of earning a 40.

“I think we broke our bodies this week for this dance and we gave everything and so it was such a beautiful moment to get those four 10s,” Johnson added.