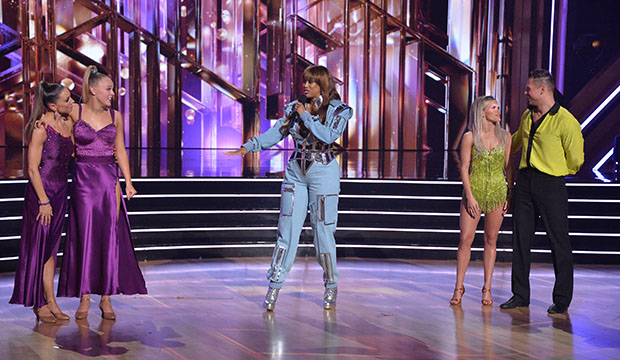 JoJo Siwa was “heartbroken” to land in the bottom two on Monday’s “Dancing with the Stars,” but she vows to come back “stronger than ever” next week.

“Oh my gosh, you guys. What a wild night. I mean, ‘Dancing with the Stars’ tonight was a roller coaster,” Siwa said in a series of Instagram Stories after the show. “We were in the bottom two, but we made it another week and I’m really thank for that. Thank you, guys, for your votes. Thank you to the judges.”

Despite scoring a 39 — the second highest total of the night — for her and Jenna Johnson‘s tango to “Body Language” on Queen Night, the 18-year-old was in the bottom two alongside The Miz and Witney Carson. Siwa and Johnson, who have the highest average score of the season and two perfect scores, were unanimously saved by the judges as expected — The Miz and Carson knew they were toast and good-naturedly joked through the whole thing.

In a post on Instagram, Siwa wrote, “I was heartbroken and devastated” to be in the bottom two alongside the WWE star, and that knowing “that one of us was going home tonight just made me so sad.”

Siwa said she and Johnson are not going to dwell on their surprising placement and instead will “celebrate our dance and how well it went.” “We’re coming back this week. We’re coming back stronger than ever. It’s gonna be a good week,” she added in the Stories. “We’re gonna push ourselves next week and hopefully not be in the bottom two again.”

The pop star also gave a shout-out to the Miz, who gifted her one of his championship belts, which Siwa carried walking out of the studio. “The Miz is a legend now and a legend forever and one of my best friends, and I’m so sad to see him go. He’s awesome. Also, he gave me one of his official belts and I’m just carrying it like it’s my baby now. I’m gonna frame this. This is so cool,” she gushed. “He’s an awesome guy. Love him forever. He’s like a brother.”