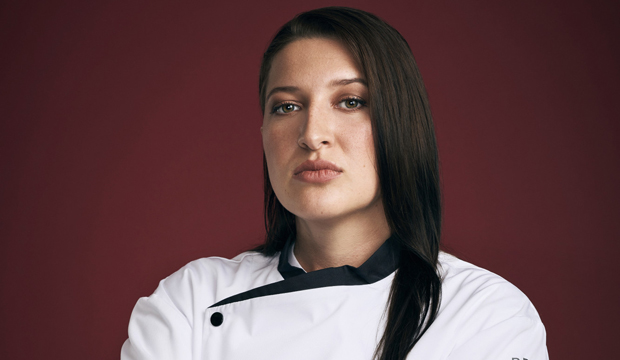 One of the early front-runners to win “Hell’s Kitchen: Young Guns,” 22-year-old Josie Clemens, was just eliminated from the competition. Host Gordon Ramsay took her jacket in the August 16 episode after being nominated by the Red Team’s temporary leader, Kiya Willhelm. Kiya was adamant that the private chef from Macomb, Michigan was the worst chef on her team, so she didn’t bother discussing it with her other cohorts. Do you think Josie was robbed of a shot of making it to the Top 8 of Season 20? Vote in our poll below.

Gordon’s decision came down to Josie vs. Steven Glenn, who was nominated by the Blue Team’s superstar Megan Gill for being too quiet and distant in the kitchen. However, it wasn’t necessarily a hard choice as Steven has been a favorite of Gordon’s since early in the competition. The host even gave the Young Gun a private pep talk in the storage room during the midst of dinner service, telling him to keep his head in the game.

“Josie may have come a long way in this competition, but right now she still needs more time to grow,” Gordon said about why he chose to eliminate the vegan over Steven. Josie had a disastrous dinner service as she brought up the wrong garnish for the Beef Wellington, and then later continued to struggle on the station. At one point, Chef Ramsay even told her and Samuel Garman to get it together and communicate better.

In her parting words, Josie explained, “I’m so disappointed. I’m gonna miss Emily [Hersh], she’s been such a great friend to me. But at the same time, I’m proud of myself. This was a great experience and whoever ends up hiring me is going to be really lucky because I’ve learned a s***-ton.”

Following Josie’s elimination, only eight chef-testants remain in the running to win the show: Kiya, Samuel, Antonio Ruiz and Brynn Gibson of the Blue Team and Megan, Steven, Emily and Trenton Garvey of the Red Team. Who do YOU think has what it takes to join the “HK” winners list?