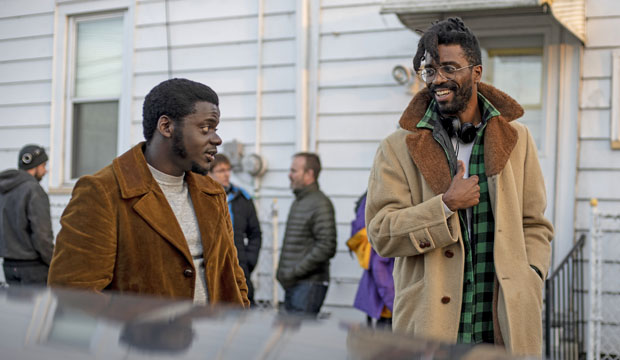 Just as FBI head J. Edgar Hoover was obsessed with bringing down Martin Luther King as chronicled in the acclaimed new documentary, “MLK/FBI,” he also was determined to “neutralize” Illinois Black Panther Party Chairman Fred Hampton whom the government agency regarded as a potential “black messiah.”

On Dec. 4, 1969, the Chicago police raided the apartment of Hampton, shooting not only him dead but also fellow Panther Mike Clark. Four other members of the Party were critically wounded. The police fired off their guns nearly 100 times. Miraculously Hampton’s finance, Deborah Johnson who was pregnant with their son, had not been shot though she was sleeping next to him. It was William O’Neal, a FBI paid informant, who had provided a map to Hampton’s apartment on West Monroe Street.

Shaka King‘s new film, “Judas and the Black Messiah”  is a riveting look at Hampton, O’Neal and the FBI’s dogged determination to squash Hampton’s rising power and popularity. Currently rated 96% fresh on Rotten Tomatoes, “Judas and the Black Messiah” is one of the AFI’s top 10 films. Daniel Kaluuya (“Get Out,” “Black Panther”), who plays Hampton, has been nominated for Golden Globe and SAG Awards.

Shaka King noted that it was the twin comedy team of the Lucas Brothers (Kenny and Keith) who brought him the story idea of doing a movie on Hampton and O’Neal telling the filmmaker they saw it as the “’The Departed’ inside the world of COINTELPRO.'” (The Lucas Brothers have story credit along with King and Will Berson, who wrote the script; they all contend at the WGA Awards.) “Even in that pitch, they presented it as a two-hander,” said King. “And the brilliance of that pitch was when I realized that’s the only way you can get a movie about Fred Hampton made. That’s not even taking into account his revolutionary politics which I think surprised a lot of people that we were able to get that stuff inside a bit studio film.”

The director admitted that though a lot of Black Americans might have heard of Hampton, who was just 21 when he brutally shot, they don’t know much about him. King didn’t “even with black nationalist parents. I grew up knowing the name Fred Hampton knowing that he was a Black Panther. The story I heard was that he had been shot a hundred times while sleeping next to his pregnant wife. But I didn’t know anything about the way he lived.  That wasn’t what was taught.”

Producer Charles King also didn’t know much about Hampton but was riveted by Shaka and Berson’s script. “I loved the idea and the way in which Shaka was looking to tell this as a two-handed, as an elevated thriller, while proving historical context for Chairman Fred Hampton and the work that was being done.”

The British-born Kaluuya, who was an Oscar-nominee for 2017’s “Get Out,” was shocked when he learned that Hampton was just 21 when he was died. He noted he knew quite a bit about the Black Panther Party, “just from living my life and being interested in those people, in their philosophies and then their philosophies speaking to me.”

Stanfield, who appeared with Kaluuya in “Get Out,” admitted it was difficult playing O’Neal. And for good reason. O’Neal was already a career criminal as a teenager when in 1966 he was caught by FBI agent Roy Mitchell (Jesse Plemons) after he stole a car and took it across state lines. To avoid prison time, O’Neal became an undercover FBI informant and a “trusted” member of the Black Panther security team. He provided the FBI the map to Hampton’s apartment. Years later, O’Neal maintained that he didn’t see himself as a Judas. “I had no allegiance to the Panthers.”

“I was in direct contention with a lot of things that he did,” admitted Stanfield. “I was always in direct conflict with what was happening, but I just had to trust the struggle, trust the process and hope collectively, we’re able to tell the story in a true and honest way. I just gave my trust to the crew. I gave my trust to Shaka and trusting in myself that was the right direction to go and let God do the rest.” Charles King concurred,“I always told him; he had the toughest job of any of us.”

Hampton’s family including Johnson, who is now known as Akua Njeri and their son Fred Hampton Jr. were involved in the project. “There’s plenty of information out there in the public domain about chairman Fred,” explained Charles King. “But as we’re learned through this process, so much of what may be in the public domain is actually inaccurate. So many of the newspaper clippings and articles were written from the FBI planting stories and things like that. So, having the real family there-it was imperative for us to at least get their blessing, to at least show them their respect.” And it was a long process “well, over a year of us going back and forth to Chicago and Shaka spending time with them and them spending time with us. For them to come around and really getting comfortable with us telling a story and then to have them there as cultural experts on those nuances and those elements. To be able to be there for us as a sounding board was truly like icing on the cake.”

Fishback was nervous when they went to Chicago to meet the family.  She recalled “Mama” Akua pulling Kaluuya and her to the side at their initial meeting to have a conversation with them. “I said something and she’s like ‘Well, if my spirit don’t mess with your spirit.’ And then Danny would talk and she’s like ‘Oh, I like him. He’s speaking my language.’ At the end I gave her a hug and said, ‘I hope you know my heart.’ She said, ‘I do, I just got to give you a bit of a hard time.’ So, it was nice to have the family involved because as Shaka said, we knew we weren’t going to fall into the traditional pit holes of just really going off. They would keep us as authentic as possible.”