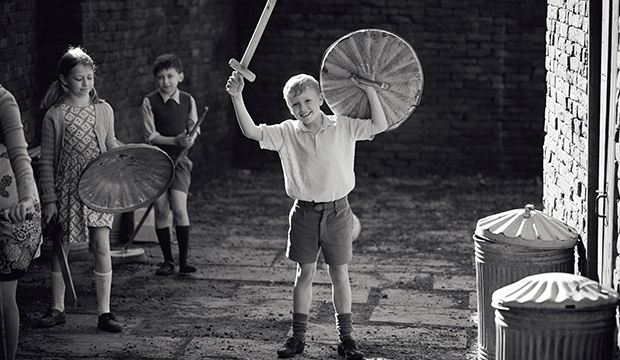 “Belfast” is coming on strong as one of the leading awards contenders of the year, with many prognosticators expecting it to show up in categories like Best Picture, Best Director and the acting categories. Four actors from the Kenneth Branagh-directed film are expected to be in play — Caitriona Balfe, Judi Dench, Jamie Dornan and Ciarán Hinds — all in the supporting categories. But what will become of the film’s star, Jude Hill? The 11-year-old actor is the only one being pushed for a lead acting nomination and while he isn’t quite in people’s predictions yet, one organization that could give him a major boost is the Screen Actors Guild Awards.

The SAG Awards have traditionally been very favorable to child actors, even when they don’t end up landing Oscar nominations in the end. Examples include Jamie Bell for “Billy Elliot” (2000), Dakota Fanning for “I Am Sam” (2001), Freddie Highmore for “Finding Neverland” (2004), Jacob Tremblay for “Room” (2015) and just this past year, Helena Zengel for “News of the World.” It also been a bellwether for other child actors who did go on to earn Oscar nominations, such as Haley Joel Osment for “The Sixth Sense” (1999), Keisha Castle-Hughes for “Whale Rider” (2003), Abigail Breslin for “Little Miss Sunshine” (2006) and Hailee Steinfeld for “True Grit” (2010).

“Belfast” is currently being predicted for three SAG Awards nominations: ensemble, supporting actor for Hinds and supporting actress for Dench. Dornan and Balfe are on the rise in their respective categories and may vault into the top five relatively soon. If all that love bears fruit, it may help to prop up Hill in lead actor. The film is a coming-of-age story as we follow Hill’s character, Buddy, who grows up in tumultuous times in Northern Ireland, serving as the eyes through which we see the action unfold. Critics have praised Hill’s performance and he is currently in 17th place in our SAG Awards nomination odds, though, like his co-stars, his odds are rising.

What might make this an uphill battle for Hill is that of the many child actors nominated at the SAG Awards over the years, only one was in a lead category: Bell for “Billy Elliot.” There can sometimes be a stigma against kids in the lead acting categories, to the extent that many are frauded into supporting despite being clear co-leads of their films (Osment, Steinfeld, Tremblay, etc.). Castle-Hughes was submitted and nominated in supporting at the SAG Awards, but was nominated in lead at the Oscars, where voters aren’t forced to adhere to any ballot submissions. But none of the listed films had the kind of Best Picture heat that “Belfast” currently holds, which may make the difference if we see Hill show up on SAG Awards nomination morning.