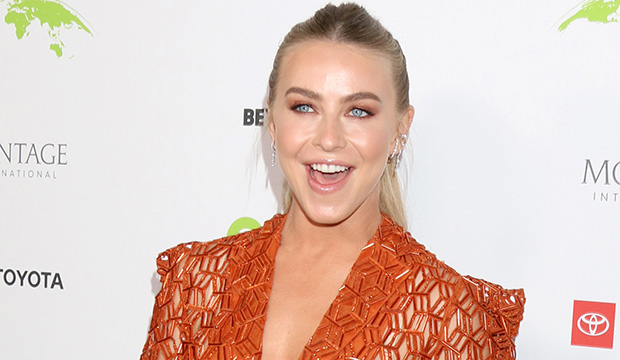 “We can’t wait to welcome @juliannehough back to #DWTS for tonight’s finale!” the show’s Twitter account tweeted Monday.

Derek will still be part of the two-hour finale in a pre-taped segment and will appear virtually as well, according to “Entertainment Tonight,” but his sister will be sitting in his seat at the judges’ table on the live show alongside Carrie Ann Inaba, Len Goodman and Bruno Tonioli.

We can't wait to welcome @juliannehough back to #DWTS for tonight's finale! https://t.co/RzHIrru8ab

Derek, who’s in his second season as a judge, announced last Tuesday on Instagram that he had tested positive for COVID and was quarantining. This will be the second episode the six-time champ has missed this season after skipping Week 3 out of caution after potential exposure to the virus.

SEE ‘Dancing with the Stars’ finale: Who will win Season 30? Breaking down the final 4

A two-time champ, Julianne has been both a guest judge a regular judge on “Dancing,” most recently serving in in the latter role in Season 24 in 2017.

“It’s always nice to have old contestants or old pros come back on our show and judge, so she is amazing and she knows what to look for,” Cheryl Burke told “ET. “She’s a great replacement for Derek, so I’m really excited.”

Burke and her partner Cody Rigsby, who performed a virtual routine in Week 3 after they both contracted COVID, will compete for the Mirrorball trophy against Amanda Kloots and Alan Bersten, JoJo Siwa and Jenna Johnson, and Iman Shumpert and Daniella Karagach.