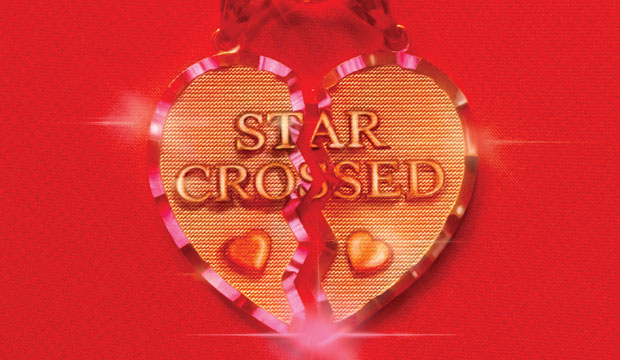 Kacey Musgraves won four Grammys including Album of the Year for “Golden Hour,” her 2018 release inspired by her recent marriage to fellow country singer-songwriter Ruston Kelly. But her 2021 album, “Star-Crossed,” finds her struggling with the pain of their divorce. She’s in quite a different emotional space on this collection, but how does it compare creatively to her previous effort?

SEEKacey Musgraves is back! Will she win more Grammys with ‘Star-Crossed,’ her followup to ‘Golden Hour’?

As of this writing “Star-Crossed” has a MetaCritic score of 78 based on 19 reviews counted thus far: 16 positive and three somewhat mixed, but none outright negative. That strong score is actually the lowest of her career so far, which is a testament to just how much critics have loved her over the years. Her major label debut “Same Trailer Different Park” scored 88, followed by “Pageant Material” at 79, and her universally adored “Golden Hour” at 89.

“Star-Crossed” is being described as “an extremely 2021 refraction” of country music. It’s “effortlessly melodic and accessible” while also being “eclectic.” But while she’s nursing a broken heart, her approach is “surprisingly restrained and intimate,” “admirably idiosyncratic.” However, the collection is also being called “mildly disappointing.” and its resolution is too “tidy.” The criticisms are fairly mild, and perhaps they were to be expected since she’s following one of the most loved country albums of the last decade.

How many times have you listened to “Star-Crossed” since it was released on September 10? How do you think it compares to her previous work? Check out some of the reviews below, and join the discussion on this and more with your fellow music fans here in our forums.

SEE2022 Grammys could be more diverse than ever, with contenders ranging from hip-hop to K-Pop to Latin

Leah Greenblatt (Entertainment Weekly): “The 33-year-old Texas native arrives freshly unhitched on ‘Star-Crossed,’ a record whose themes feel like both the essence of country music (love hurts, life is hard) and an extremely 2021 refraction of it … ‘Star-Crossed’ sounds a lot like the manifesto of a girl who’s already learned the hard way how to go it alone.”

Jeremy Winograd (Slant): “Musgraves’s follow-up, ‘Star-Crossed,’ is just as effortlessly melodic and accessible. But it’s also more eclectic, far afield of modern radio tropes, either of the pop or country varieties … One might expect a lot of pomp and circumstance from such a self-referential effort. Of course, there’s a bit of that, but ‘Star-Crossed’ is surprisingly restrained and intimate, as Musgraves keeps even her most ambitious songs short, sweet, and direct.”

Jonathan Bernstein (Rolling Stone): “‘Being grown up kind of sucks,’ she sings on ‘Simple Times,’ the most infectious and convincing song on ‘Star-Crossed,’ her consistently compelling, admirably idiosyncratic yet mildly disappointing latest album … Musgraves feels as though she was supposed to make a heart-wrenching divorce record. Thankfully, she’s smarter than that and the best moments here put her own personalized spin on the well-worn cliches of the standard big-budget post-break-up purge-fest.”

Laura Snapes (The Guardian): “‘Star-Crossed’ isn’t a whole-cloth reinvention like ‘Golden Hour’ was, which suggests the real-life limits of a fresh start after a devastating emotional rupture … The tidy landing constrains otherwise appreciably ambiguous songwriting that feels true to the wayward flux of Musgraves’ feelings – of the confusing aftermath of divorce, peppered with relief, mystery, disappointment. It feels like the first time this iconoclast has stuck to the script.”