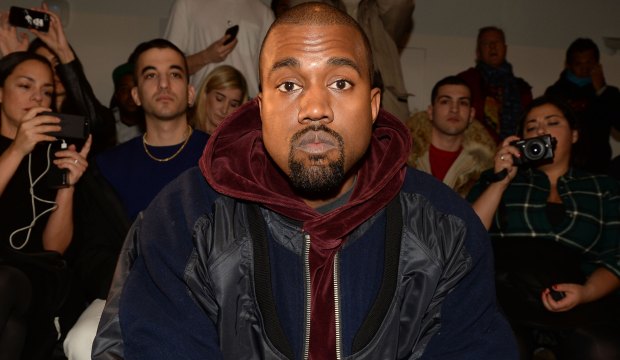 We’ve been waiting awhile for Kanye West to finally drop his 10th studio album, “Donda.” After multiple listening events and rumored release dates came and went, he released his collection on Sunday, August 29, and the Gold Derby readers in our forums have been assessing it. The album runs a whopping 27 tracks and clocks in at 108 minutes. But is it any good, and can it be forgiven for a couple of questionable collaborations? Join the discussion here in our forums.

One reader is describing it as an “over-ambitious, uneven listen” due to its excessive length, which makes it a “disappointment” even though it’s West’s “best performance” as a rapper in years. Another agrees about the length, from which “only 20 songs shall survive” in the personal playlist they assemble from the album. Others didn’t even get that far because the album features work from two artists they’d rather not hear from: DaBaby and Marilyn Manson.

DaBaby recently got in hot water for comments that disparaged gay men and people with HIV/AIDS. That cost him a number of gigs, but not a feature on West’s album. But the DaBaby outrage is relatively recent, while the sexual abuse allegations against Manson blew up months ago, including from his former fiancee Evan Rachel Wood. He was dropped by his label and talent agency, but not by West.

West is “a walking contradiction,” argues one commenter. “One minute he’s an anti-Bush pro-Black rapper. Then he’s a pro-life Trump supporter who believes slavery was a ‘choice.'” Another concurs with the discomfort with the entire project as a whole: “I really don’t feel good streaming an album that has an accused rapist and a homophobe on it.”

Check out some of the comments about “Donda” below, and join the discussion here.

Ziggiy: “Honestly it’s kind of a disappointment. Too many songs makes for an over ambitious, uneven listen. Literally the last five tracks on the album serve no purpose whatsoever. The sequencing is shoddy (which is extremely shocking considering Kanye used to be a sequencing extraordinaire). The good is that, as a rapper, this is Kanye’s best performance in YEARS.”

Deemy: “‘Tell the Vision’ is the worst song on the album. I see that I’m gonna have to make my own track list. Only 20 songs shall survive.”

Rich Thot: “I was gonna check out the album, but once I found out about the Marilyn Manson and DaBaby shit, I just said no thank you.”

Diamond Tier: “Kanye is a walking contradiction. One minute he’s an anti-Bush pro-Black rapper. Then he’s a pro-life Trump supporter who believes slavery was a ‘choice.’ Now he’s a born-again Christian back to selling his soul to associate himself with the likes of a homophobe, DaBaby, and accused rapist, Marilyn Manson. “

NDA: “Soooo, would this be considered a gospel album or just a rap album?”

DvirBA: “To be honest I think rap would fit it more, but in contemporary Christian music he might actually win.”

Anna Artdeco: “Kanye is so disappointing. I’ve been a very long time fan of his music but supporting him gets harder every year. I really don’t feel good streaming an album that has an accused rapist and a homophobe on it. His stunts have gone too far, but most of his fans clearly don’t care and he cashes upon it.”