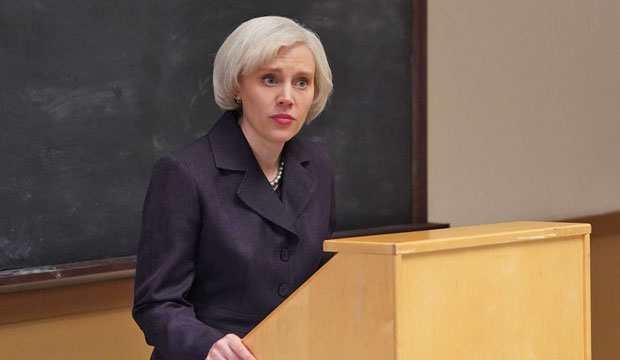 At the Emmys, Kate McKinnon has been the most successful “Saturday Night Live” cast member by far. She has been nominated seven times for Best Comedy Supporting Actress for her various roles on the sketch comedy. Our odds say she’s a pretty safe bet for her eighth nomination this year. If we’re right, that will put her one step closer to the all-time record in her category.

The record is shared by two women: Loretta Swit (“M*A*S*H”) and Rhea Perlman (“Cheers”), both of whom were nominated 10 times. That’s a tough number to reach since there aren’t many shows that last a decade on the air, let alone retain that much goodwill with the television academy. The only other actress who has been nominated eight times is Megan Mullally (“Will and Grace”), who only got her eighth bid after her show had gone off the air and been revived.

SEEWill Bowen Yang be the next ‘SNL’ breakout at the Emmys?

But “SNL” is unique in that it has been on the air for more than four decades and already holds the record for the most total nominations in this category (16) when you count everyone who has made the cut, from Kristen Wiig to Cecily Strong. So it’s possible that the only limit to McKinnon’s nomination potential is how long she decides to stay with the show.

McKinnon has made the cut no matter how competitive the category has been, and she has won twice (2016-2017). But this year is especially wide open due in part to the TV production delays of the COVID-19 pandemic. Of last year’s eight nominees, the only ones eligible to return are actually McKinnon and Strong from “SNL.” They’re both favored to get back in according to the combined predictions of Gold Derby users, with McKinnon ranked second with 11/2 odds behind “Ted Lasso” breakout Hannah Waddingham.

If McKinnon happens to win, that would also put her within striking distance of a record. A third Comedy Supporting Actress title would tie her with Valerie Harper (“The Mary Tyler Moore Show”) and Laurie Metcalf (“Roseanne”). The only performers with four wins are Perlman and Doris Roberts (“Everybody Loves Raymond”). So how many records do you think McKinnon will reach or exceed when all is said and done?