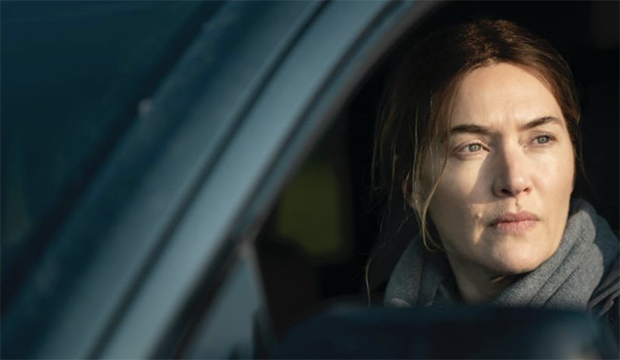 Drab is definitely the new gold.

A-list actresses have learned that rejecting any semblance of glamour—makeup, hair dye, hair styling, fashion—in the pursuit of “authenticity” puts them in line for Hollywood’s most prestigious awards. Frances McDormand picked up her third Best Actress Oscar on Sunday for playing Fern, an itinerant American who loses her job and home and lives in a mobile home in “Nomadland.” She wears not a stitch of makeup, has no wardrobe to speak of and lives hundreds of miles from the nearest beauty salon. Taking a page from McDormand’s playbook, British actress Kate Winslet has cleared a path to a second Emmy Award (the first was for “Mildred Pierce” in 2011) with a similarly stripped-down appearance in the HBO limited series “Mare of Easttown.”

Except for a couple of scenes where her character, detective Mary Sheehan, goes on a date, dons a dress and actually wears lipstick for a date, Winslet is clad in jeans, a brown parka and sports brown roots grown to her ears. “Mare of Easttown” puts the Oscar-winning Winslet, 45, in the company of contemporaries Reese Witherspoon and Nicole Kidman, who have found good roles on the small screen. But instead of playing the high-maintenance fashion plates of “Big Little Lies,” “Little Fires Everywhere” and “The Undoing,” Winslet has gone gritty as a tough cop whose ties to a Pennsylvania town are her strength and weakness. See her swig a Heineken. See her hop a fence in pursuit of a perp. See her have meaningless couch sex with a man she barely knows. She’s all means business!

All kidding aside, Winslet has received good reviews for a role she can really sink her teeth into. Mare is not only an intrepid and sometimes devious cop, she is recovering from the suicide of her only son and finds herself, in middle-age, still rebellious, emotionally unavailable and living for her job. As Mare investigates the murder of one local girl and the disappearance of another, Winslet shows her impressive range—and flawless American accent. Her performance will remind you of Aussie actress Toni Collette’s unflinching, Emmy-nominated work as a Colorado detective tracking a serial rapist in the Netflix’s series “Unbelievable.” Both actresses owe a huge debt of course to Helen Mirren, who revived her career when she played cranky, overworked, tippling DPI Jane Tennison to Emmy-winning glory on PBS’s “Prime Suspect” many years ago.

With good notices for Winslet and “Mare of Easttown” in general, it seems likely that the “Mildred Pierce” star could replace Nicole Kidman as the HBO nominee in the lead actress, limited series category. Kidman’s failure to pick up any awards for her “Undoing” performance at the Golden Globes and SAG awards (Anya Taylor-Joy of “The Queen’s Gambit” proved the victor in both races) suggests that she has run her course as a contender. “Mare of Easttown” was released closer to the Emmy eligibility deadline while “The Undoing” was released last summer; it may be a distant memory in the minds of Emmy voters. In addition, Winslet’s vibrant chemistry with Jean Smart, who plays Mare’s mother, Helen, adds further dimension to her character and the show. They are funny together, they argue like real relatives do, and support each other when necessary. The likely result is that Smart will also receive an Emmy nomination for Best Supporting Actress.

Winslet’s current Gold Derby odds are 11-to-1. That puts her in fifth place behind Elizabeth Olsen of “Wanda Vision,” but expect that ranking to improve as the mystery in “Mare of Easttown” reaches its culmination in the next few weeks and we get closer to Mare nailing the real killer.