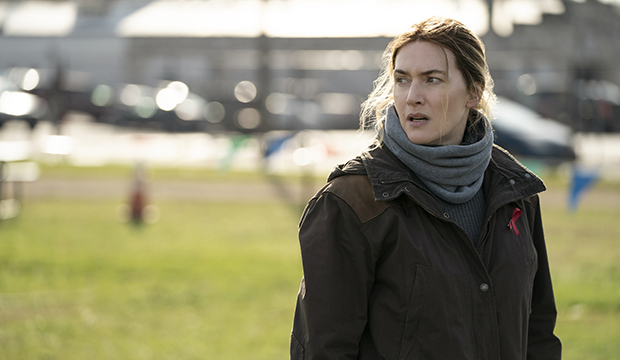 Anya Taylor-Joy is very much the frontrunner to take home the Best Limited Series/TV Movie Actress Emmy for “The Queen’s Gambit,” but she may have to pull out her best chess moves to navigate around a new (but old) contender: Kate Winslet.

The Oscar champ, who won this Emmy category 10 years ago for HBO’s “Mildred Pierce,” has jumped up in our odds since “Mare of Easttown” premiered on HBO on April 18. Prior to its debut, Winslet was in seventh place. Now? She’s in the fifth and final slot, bumping out another Oscar winner who has also won this category for an HBO series and is currently in the running for another popular HBO murder mystery, “The Undoing’s” Nicole Kidman.

“Mare” has enjoyed solid reviews, with particular praise for Winslet’s performance as the title character, a detective investigating a murder in her hometown while battling her own demons. It’s not a particularly original setup, but as always, Winslet’s character work — and commitment to nailing the Philadelphia accent — keeps you engaged along with the case, and the show is a ratings hit.

If Winslet does make it in, the next question is if she can win. Taylor-Joy appears to be a lock after “The Queen’s Gambit” thoroughly dominated the winter awards, grabbing at least one win at every guild, along with prizes at the Golden Globes and Critics Choice Awards. Taylor-Joy swept all the lead actress prizes — but never against Winslet since, you know, her show hadn’t premiered yet.

SEE Kate Winslet’s’ ‘Mare of Easttown’ gets spring premiere, so better mark it down for some Emmy slots

But this wouldn’t be the first time that the early frontrunner doesn’t go all the way and is derailed by a late arrival. Two years ago, Patricia Arquette won the Golden Globe, Critics Choice Award (in a tie with “Sharp Objects'” Amy Adams) and the Screen Actors Guild Award for “Escape at Dannemora,” which, like “The Queen’s Gambit, had premiered the previous fall, making her the Emmy favorite. Then along came Michelle Williams, whose stellar turn as Gwen Verdon in “Fosse/Verdon,” which premiered in April 2019, only grew in buzz and acclaim as the series aired. Arquette wasn’t able to hang on to her early momentum (though 13 Experts still predicted her to win) and Williams nabbed the Emmy. (Don’t feel too bad for Arquette, though, since she won in supporting for “The Act.”)

Now the main difference between these two races is that “The Queen’s Gambit” is, like, 58,932 times stronger than “Escape at Dannemora,” which did not clean up at the guilds (it did get a Directors Guild of America Award for Ben Stiller). “Dannemora” received 12 Emmy nominations but did not win any; in comparison, “Fosse/Verdon won four Emmys from 17 bids. Based on its guild supremacy, “The Queen’s Gambit” will probably max out in Emmy nominations and win a whole bunch. Being a less craft-heavy show, “Mare” likely won’t match the Netflix series in nominations, but you can’t discount the power of recency bias. Then again, this could also be a repeat of last year when Cate Blanchett, whose “Mrs. America” bowed in March, proved to be no match for then-three-time Emmy champ Regina King of the early frontrunner and eventual limited series winner “Watchmen.”

Rounding out the top five are Michaela Coel (“I May Destroy You”) in second, Cynthia Erivo (“Genius: Aretha”) in third and Elizabeth Olsen (“WandaVision”) in fourth.