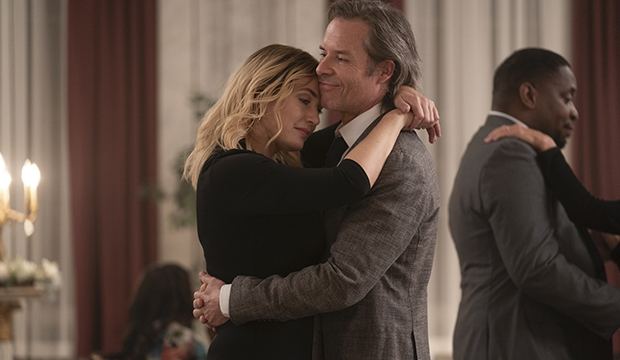 Kate Winslet will be back on your TV (or computer or tablet or phone) this spring. Her new HBO limited series “Mare of Easttown” will premiere Sunday, April 18 at 10/9c, the network announced Wednesday at the Television Critics Association winter press tour.

Created by Brad Ingelsby and directed by Craig Zobel, the seven-episode series stars the Oscar winner as Mare Sheehan, a small-town Pennsylvania detective investigating a local murder as her life starts to spiral out of control. Per HBO, the show will explore “the dark side of a close community” and offer “an authentic examination of how family and past tragedies can define our present.”

“Mare of Easttown” reunites Winslet with both HBO and Pearce — all three parties worked together 10 years ago on the cabler’s miniseries remake of “Mildred Pearce.” Winslet and Pearce won Emmys for their performances, giving the five-part series two of its five wins from 21 nominations. Winslet also won a Golden Globe and Screen Actors Guild Award, both for which Pearce was nominated. Will “Mare of Easttown” be as fruitful? One thing’s for sure: Winslet’s entering a crowded field of lead actress contenders that includes Anya Taylor-Joy (“The Queen’s Gambit”), Cynthia Erivo (“Genius: Aretha”), and her HBO-mates Michaela Coel (“I May Destroy You”) and Nicole Kidman (“The Undoing”).

Winslet will also serve as an executive producer on the show, so she could potentially win two Emmys if it’s up for Best Limited Series.

“Mare of Easttown,” which was filmed in Philadelphia, was one of the numerous shows forced to shut down production last year due to COVID-19. It resumed production in September.