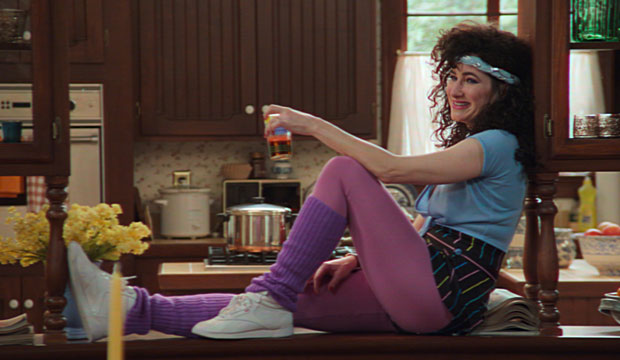 Kathryn Hahn played the witch that launched a thousand memes in “WandaVision,” and it looks like that performance could win her her first Emmy too. It’s early yet — the nominations won’t be announced until July — but as of this writing multiple Experts think Agatha is awards-bound.

SEENothing fake about this reality: ‘WandaVision’ is looking good in early Emmy odds

In “WandaVision,” Hahn plays Agnes, the nosy neighbor in the sitcom world Wanda and Vision (Elizabeth Olsen and Paul Bettany) are living within. But (SPOILER ALERT!) she soon reveals herself to be Agatha Harkness, a centuries-old witch who seeks to understand the nature of Wanda’s supernatural power. It’s a role that gives Hahn a chance to play a series of wacky comic roles and then ultimately her sinister secret identity, showcasing the breadth of her dramatic range.

Despite her extensive resume of TV roles, Hahn has only been nominated once before at the Emmys: Best Comedy Supporting Actress for “Transparent.” The Marvel Cinematic Universe has gotten similarly scant awards recognition, with only “Black Panther” (2018) earning Oscar nominations beyond a couple of craft categories, and while it was up for Best Picture, it still wasn’t nominated for acting.

SEE‘WandaVision’ finale: What that post-credits scene means for ‘Doctor Strange’

The good news is that the television academy has been more open to genre programs and franchises in recent years. The fantasy epic “Game of Thrones” won Best Drama Series four times. The superhero adaptation “Watchmen” swept the awards in 2020, including Best Limited Series. And the “Star Wars” spinoff “The Mandalorian” was also one of the most decorated shows last year. So the MCU might be similarly welcomed with open arms by voters.

According to the combined predictions of our users thus far, Hahn is a close second in the race for Best TV Movie/Limited Supporting Actress, right behind Marielle Heller (“The Queen’s Gambit”). Four of the Expert journalists we’ve surveyed say she’ll win: Clayton Davis (Variety), Joyce Eng (Gold Derby), Matthew Jacobs (Huffington Post) and Kaitlin Thomas (Gold Derby). But a lot can happen between now and nominations, and we will have more Experts placing their bets as the season progresses.