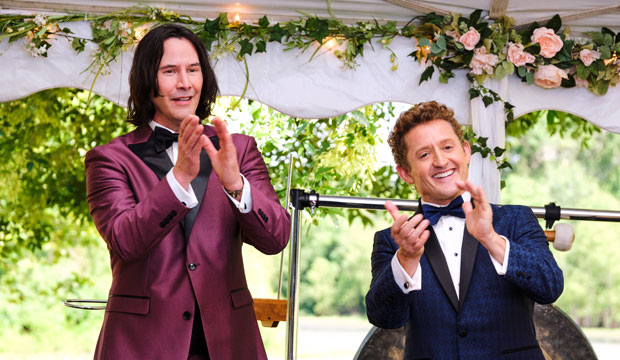 To say the least, the “Bill and Ted” sci-fi comedies aren’t generally considered awards fare. They follow the title pair of stoned slackers (played by Alex Winter and Keanu Reeves) as they travel through time. And yet, in the back of my mind, I keep having the sneaking feeling that we’re underestimating the latest film in the franchise, “Bill and Ted Face the Music,” at the Golden Globes. In particular, I think Reeves could get a surprise nom for Best Film Comedy/Musical Actor.

“Bill and Ted’s Excellent Adventure” started the franchise back in 1989. Its awards success was limited to a couple of nominations at the Saturn Awards. The sequel, “Bill and Ted’s Bogus Journey,” followed in 1991 with a couple more Saturn noms, including a win for William Sadler‘s supporting performance as the Grim Reaper. Not exactly knocking on Oscar’s door.

But a lot has changed in the last 30 years. Reeves, especially, has been enjoying a Keanu-ssance where the public has reevaluated his life and career in the context of his charitable, down-to-Earth public image and his comeback performances in the “John Wick” films. Even the Razzie Awards have come around: Reeves used to be a perennial nominee, but then they cited him for two Redeemer Awards (2014, 2019) for all the newfound goodwill he’s accumulated.

SEECould Jamie Dornan (‘Wild Mountain Thyme’) be the next romantic comedy leading man to score at the Golden Globes?

“Bill and Ted Face the Music” has already expanded its awards profile from the previous films in the franchise. Reeves and the film were nominated at the People’s Choice Awards, and the compilation soundtrack picked up a nom at the Grammys. So the Globes could be next, especially with the COVID-19 pandemic affecting the number of films in contention (musicals like “In the Heights” and “West Side Story” might have been catnip to Globes voters this year, but they were moved out of the eligibility period).

Reeves is a 100/1 underdog in our current odds, based on the combined predictions of thousands of Gold Derby users as of this writing, but not everyone thinks he needs to face the music. Two of the Expert journalists we’ve surveyed think he’ll sneak in: Tim Gray (Variety) and Matthew Jacobs (Huffington Post). Whoa! 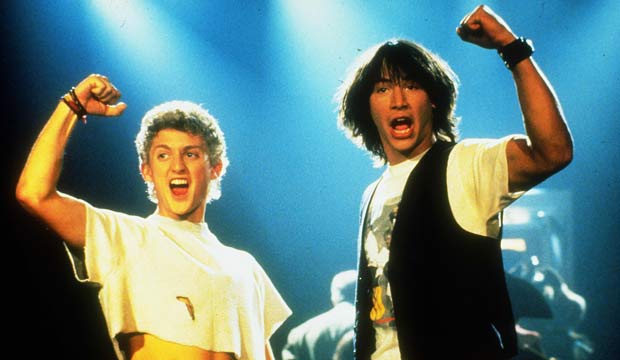