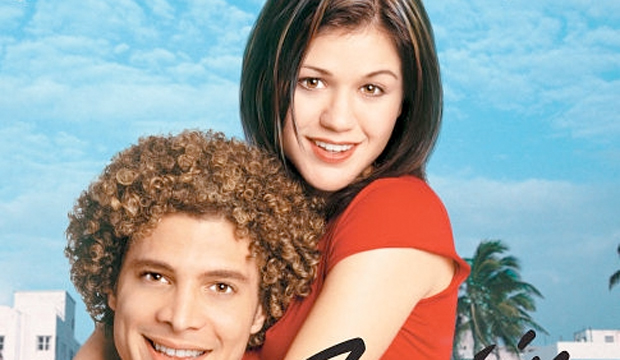 “The Voice” is known for its countless squabbles amongst its superstar coaches, but one disagreement we never thought we’d see was over the quality of the 2003 rom-com “From Justin to Kelly.” One of the film’s stars, Kelly Clarkson, joked about the box office flop during the October 4 episode of NBC’s reality TV show. She was trying to nab a powerhouse vocalist for her team, 20-year-old Ryleigh Plank from Fort Myers, Florida, and decided to bond over the girl’s home state. “I’ve been to Florida, made a horrible movie in Florida,” Clarkson declared while laughing.

That’s when new coach Ariana Grande chimed in, “That movie’s a classic. That movie’s iconic.” For the record, Grande was only 10 years old when the PG-rated musical was released in theaters, so her memory may be faulty.

“From Justin to Kelly” stars Clarkson and Justin Guarini, aka the winner and runner-up of “American Idol” Season 1, as love interests who meet during spring break and connect over their love of music. Directed by Robert Iscove, the beach movie made just under $5 million at the box office and received disastrous reviews from critics, earning a 14/100 score at Metacritic. “It’s like ‘Grease: The Next Generation’ acted out by the food-court staff at SeaWorld,” Owen Gleiberman wrote at the time for Entertainment Weekly.

Florida talk aside, Clarkson tried to woo Ryleigh onto her team by calling her “rad as hell” and showing her a stylish teal jacket. “Wouldn’t it cute on you?” the coach teased.

That’s when Grande decided to “bribe” Ryleigh with her lunchbox that contained “vocal health supplies that will not only treat but prevent fatigue or swelling of the vocal cords.”

SEE Everything to know about ‘The Voice’ Season 21

Ryleigh readily admitted that she was a fan of both women, having grown up on their music. After a brief deliberation, she decided to go with the “From Justin to Kelly” superfan, picking Team Ariana. “I love Ryleigh so much,” Grande told the camera. “I am obsessed with her voice. She almost brought me to tears with her performance. I am honored that she came to my team.”

Watch Ryleigh Plank’s blind audition of Demi Lovato‘s “Anyone” below. The “From Justin to Kelly” moment happens at the four-minute mark. Do you think the artist has what it takes to win Season 21 for Team Ariana? “The Voice” continues airing Mondays and Tuesdays on NBC throughout the rest of the year.