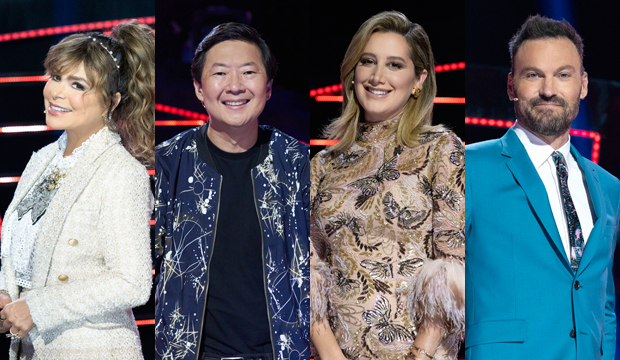 It’s no secret that the judges in the “Masked” universe aren’t necessarily the best guessers. On parent series “The Masked Singer,” Jenny McCarthy is the only panelist whose guesses routinely pan out — in fact, she won the Golden Ear trophy for her strong showing in Season 4. Now, it seems the judges on spin-off show “The Masked Dancer” are following the same abysmal track record. That is, except for Ken Jeong.

The actor and comedian is so far the only panelist to put forth a correct guess on “The Masked Dancer” Season 1. It happened at the end of the second episode, when he threw out Bill Nye‘s name as the person hiding inside the Ice Cube costume. “This is the happiest day of my life!” Ken shouted when he was proven correct. The self-described “Science Guy” may be known for his brain, but he revealed during his unmasked interview he also “loves to dance.”

The fact that Ken was the only judge to correctly name Ice Cube’s secret identity is shocking indeed, especially considering he’s notoriously the worst guesser on “The Masked Singer.” He even received a fun nickname, “Dead Wrong” Ken Jeong, by the Frog in the third season. Despite his terrible track record, Fox still hired him to be a judge on “The Masked Dancer.” And he’s also the host of game show “I Can See Your Voice,” which recently wrapped up its first season.