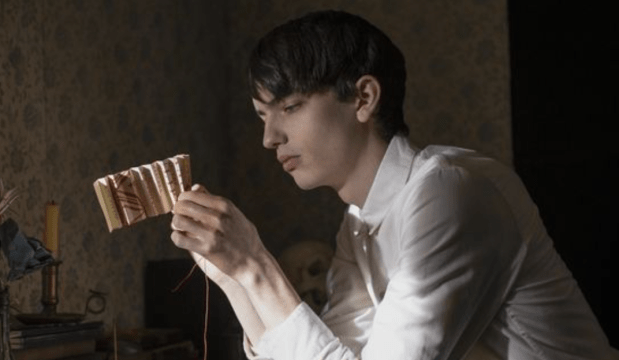 Four of the last 10 winners of Best Supporting Actor at the Oscars were first-time nominees. Kodi Smit-McPhee could well be the next for his breakout performance in Jane Campion‘s “The Power of the Dog.” He plays Peter, the son of a widow (Kirsten Dunst) in 1920s Montana who comes between two brothers played by Benedict Cumberbatch and Jesse Plemons. The film debuted at the Venice Film Festival and will stream on Netflix beginning November 17.

Smit-McPhee’s breakthrough was as the younger version of Alan Cumming’s Nightcrawler in the last two instalments of the “X-Men” franchise. That role required extensive make-up to make his complexion resemble that of the blue-faced mutant character. Now he is center-stage in an Oscar frontrunner. In their rave reviews for “The Power of the Dog,” many critics singled out the performance of the 25-year-old Australian actor.

The first voice heard in the film is Peter’s. The last shot in the film is that of Peter. The most intimate, intoxicating scenes in “The Power of the Dog” put Kodi’s character in focus. They almost always place him alongside Cumberbatch’s character, Phil. That relationship is central to the success of the film and showcases Smit-McPhee.

As Carlos Aguilar from The Wrap observes, “Campion bets on his immutable poker face; the young actor is terrifyingly remarkable.” David Rooney of The Hollywood Reporter  concurs, calling it “a stunning breakout turn; Smit-McPhee is simply extraordinary, maintaining Peter’s mystery until the very end.” And Tomris Laffly of The Playlist describes his portrayal as a “boyishly beautiful star-making performance.”

That’s what Smit-McPhee has going for him in the Oscar race: the lingering impact of his performance. However, his youth could work against him. Only three of the 85 winners of Best Supporting Actor have been in their 20s. (Timothy Hutton, 20, “Ordinary People”; George Chakiris, 27, “West Side Story”; and Cuba Gooding, Jr., 29, “Jerry Maguire”).

Four of our Oscar experts are predicting that Smit-McPhee will be the fourth name on this short list: Joyce Eng (Gold Derby), Kevin Polowy (Yahoo), Jazz Tangcay (Variety) and Anne Thompson (IndieWire). And seven more expect him to reap his first bid.