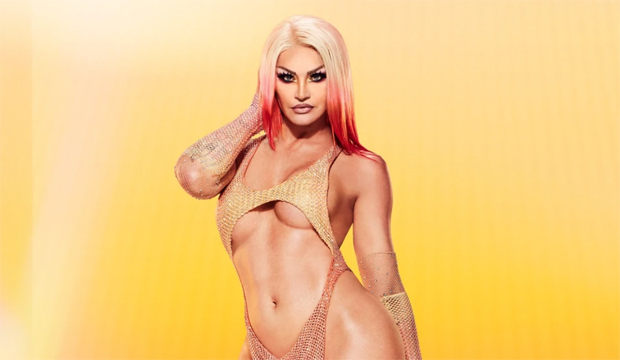 The sixth winner of “RuPaul’s Drag Race All Stars” was crowned during the September 2 finale, and fans are generally pleased with who won. In fact, a plurality of viewers who voters in our recent poll said Kylie Sonique Love was the deserving winner. This beauty queen from Georgia originally competed on the second season of the main series in 2010, where she was the fourth person voted out. Now she’s in the Hall of Fame alongside the likes of Chad Michaels, Alaska, Trixie Mattel, Monet X Change, Trinity The Tuck and Shea Coulee.

Here are the complete poll results for who our readers thought deserved to be crowned:

Host RuPaul Charles made her decision after a grueling final challenge in which the girls had to write lyrics to RuPaul’s song “This is Our Country” and perform them on the main stage. Following that, they had to walk down the runway with a theme of “All Star Hall of Fame Eleganza Extravaganza.” Mama Ru thought Kylie would be a worthy ambassador of the reality TV show’s highest honor, particularly after her empowering transition into a woman. Kylie is now the first transgender winner on any of the “Drag Race” cycles.

“Live life in your truth and love always wins,” Kylie declared on the runway after winning the competition. Later on she spoke directly to viewers at home. “I’ve been waiting for this moment for 11 mother-f***ing years,” she said in reference to the time it took between seasons. “This means everything to me. I found myself through drag. Drag has been my life, it’s been my saving grace. It’s gave me a place to express myself. And winning this title is just reassurance that I followed the right path. Bitch, I’m not dreaming. This s*** is really happening. This is my life. This is my reality. And, bitch, it feels so good. And it feels so right.”

Kylie’s other challenge win this season was “Rumerican Horror Story: Coven Girls” in Week 6, thanks to her uncanny Jessica Lange impersonation. As for the other girls, Ginger had two challenge victories (“Pink Table Talk” and “Snatch Game of Love”), Ra’Jah also claimed two (“The Blue Ball” and “Drag Tots”) and Eureka earned one (“The Charisma, Uniqueness, Nerve and Talent Monologues”).

“RuPaul’s Drag Race All Stars” Season 6 streamed on Paramount+ throughout the summer. The 13th cycle of the main show aired on VH1 earlier this year and has been nominated for nine Emmy Awards including Best Reality Host and Best Competition Program.