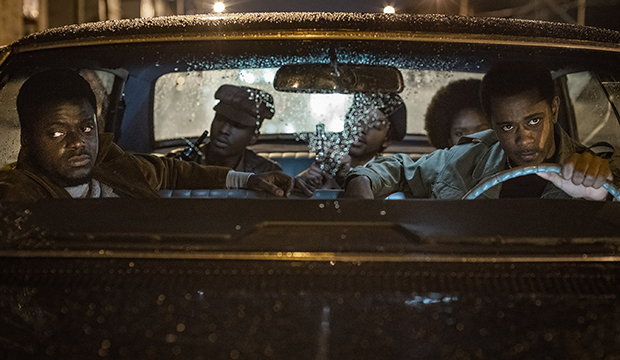 If you went with the Gold Derby odds to make your Oscar predictions, then you got 19 of the 20 acting nominees correct. The one we missed (and likely everyone did as well): Lakeith Stanfield for “Judas and the Black Messiah” in Best Supporting Actor. Because we had him in lead, where he was campaigned and was in 11th place. The shocking thing is not just that Stanfield got in — with zero precursors — but that both he and co-star Daniel Kaluuya, who had been campaigned in supporting and is the favorite to win, made the supporting actor final five. For a two-hander film in which they play the title characters. So how the hell did this happen?

Obviously we don’t know for sure and we, sadly, do not have access to the vote totals, but we have a very plausible theory. As most Oscar fans know, academy voters can nominate performers in any category that they want. They don’t have to stick to a hard ballot submission, like how the Screen Actors Guild Awards operates, or adhere to someone’s campaign. We’ve seen them flout campaign placements before or to get specific, category fraud. Keisha Castle-Hughes was campaigned in supporting for “Whale Rider” (2003), mostly because she was a child actor, and was nominated in supporting actress at SAG, but the Oscars nominated her in lead. Kate Winslet famously went supporting for “The Reader” (2008), winning the Golden Globe and SAG, because she had another vehicle, “Revolutionary Road,” for which she campaigned in lead. Oscar voters were like, “LOL, you’re lead in ‘The Reader,'” and nominated her there, where she won, while snubbing her for “Revolutionary Road” (actors, lest we forget, cannot get nominated multiple times in the same category).

Voters pulled a reverse Winslet here with Stanfield, but seeing an actor who was pushed as lead show up in supporting alongside his co-star is weird. What probably happened is the collision of two disparate factions of “Judas” fans. There was already ample category fraud discourse about Kaluuya’s campaign placement given the size of his role in the film, which, again, revolves around his and Stanfield’s characters. Many felt Kaluuya’s Fred Hampton was a lead and should be campaigned as such or better yet, both of them ought to have been campaigned as lead, which rarely happens now in the lead categories as everyone tries to maximize nominations and opportunities. Some voters probably felt that Kaluuya was the lead and that Stanfield’s William O’Neal was supporting, so they voted that way. And then you had voters who obediently voted in accordance to Warner Bros.’ campaign. And there were surely voters who only selected Kaluuya in supporting, seeing as how he’s been the film’s acting nominee representative and frontrunner, so he was locked in supporting regardless. There were likely people who voted for both in lead, but it’s highly unlikely that people voted for both in supporting. That’d be insane. No matter your takes on their placements, no one has ever thought both were supporting.

That brings us to the other factor. There was an open slot in supporting actor or even two, depending on who you ask, after the consensus three of Kaluuya, Sacha Baron Cohen (“The Trial of the Chicago 7”) and Leslie Odom Jr. (“One Night in Miami”), all of whom were nominated along with Paul Raci (“Sound of Metal”), who was fourth in the odds. Chadwick Boseman (“Da 5 Bloods”) was in fifth place, but he was always vulnerable because “Da 5 Bloods” had been underperforming everywhere. Other possibilities bandied about included Jared Leto (“The Little Things”), who unexpectedly got Globe and SAG bids, 8-year-old “Minari” star Alan Kim, David Strathairn as a “Nomadland” coattail, another guy from “Chicago 7” — an ensemble film for which all the actors went supporting a la “Spotlight” (2015) — or a second “One Night in Miami” dude. In other words, there was no passion or consensus for that fifth spot, unlike the sturdy consensus five we had in Best Actor, all of whom made the cut: Boseman (“Ma Rainey’s Black Bottom”), Riz Ahmed (“Sound of Metal”), Anthony Hopkins (“The Father”), Gary Oldman (“Mank”) and Steven Yeun (“Minari”).

Stanfield and Kaluuya likely both got votes in both categories. There is a rule prohibiting actors from receiving multiple nominations for the same performance, instituted after Barry Fitzgerald was nominated in lead and supporting for 1944’s “Going My Way” (he won the latter). It’s more likely that neither had enough votes to crack the Best Actor top five. Predicting the Best Actor nominees became about considering dark horses who could knock out one of the five, while it was the opposite in Best Supporting Actor: finding a dark horse who could sneak into an open slot. It’s just that no one ever thought it would be someone who was campaigned in lead. There was also clearly passion for “Judas,” a late release, as it collected six nominations, including Best Picture.

And that’s how we got here: with two guys who are the focus of their film in supporting. Is there no lead in “Judas”? Per these nominations, apparently not. Who are they supporting in a non-ensemble movie? Unclear. At least Castle-Hughes could say the whale.