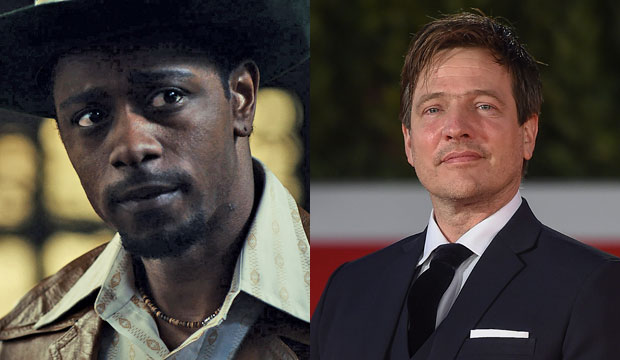 The Oscar nominations were announced on Monday morning, March 15, and Gold Derby’s predictions were actually pretty strong. We correctly forecast 19 out of the 20 acting nominees, and all eight Best Picture nominees were among the top 10 in our odds. That said, out of the 118 total nominees across 23 categories, there were still 25 that took us by surprise. Scroll down to see who they were, and check out the complete list of nominees here.

SEEOscars 2021 nominations: Best prediction scores by our Editors and Users

The vast majority of the predictions we got wrong (18 of the 25) were close calls, which is to say that those nominees had better than 100/1 odds based on the combined predictions of our users, but they were just shy of the top five candidates we were betting on. That includes writing nominees “Borat Subsequent Moviefilm,” “The White Tiger” and “Judas and the Black Messiah,” as well as the documentaries “Crip Camp” and “My Octopus Teacher” and the animated film “Shaun the Sheep Movie: Farmageddon.”

Six other nominees came out of left field. They were so unlikely that we gave them distant 100/1 odds, but we clearly should have known better. One of the biggest shockers among those was the inclusion of Thomas Vinterberg (“Another Round”) for Best Director. He had gotten a BAFTA nomination in advance of his Oscar surprise, but that BAFTA category was decided by a new jury system that doesn’t line up with how the Oscars decide their nominations, so it didn’t seem likely that those selections would be reflected by the American academy.

The single biggest stunner of the morning, however, was that LaKeith Stanfield earned an acting nomination for “Judas and the Black Messiah.” His recognition for the film wasn’t totally unforeseeable since it was a likely nominee for Best Picture. What made it so surprising was the fact that the academy nominated him in the supporting category instead of lead where he had been campaigned. That was a head-scratcher: he and Daniel Kaluuya play the two title characters and yet were somehow both considered by the Oscars to be supporting actors.

Did you see any of these nominations coming? Which ones surprised you the most, and do you think any of them will win?

OUT OF NOWHERE
This contender was such a surprise he wasn’t even in our predictions center in that category.

BIG SURPRISES
These contenders earned nominations despite 100/1 odds from our users.

Best Director
Thomas Vinterbeg, “Another Round”

CLOSE CALLS
We knew these contenders had a shot, but they weren’t quite among our predicted contenders.

Best Cinematography
“The Trial of the Chicago 7”

Best Visual Effects
“The One and Only Ivan”

Best International Feature
“The Man Who Sold His Skin”

Best Documentary Short
“A Concerto is a Conversation”