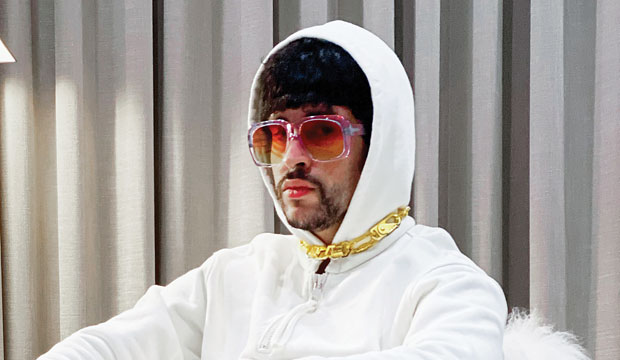 The Latin Grammy for Album of the Year is perhaps the most prestigious award in Latin music. Previous winners include beloved Latin albums like Juan Luis Guerra’s “A Son De Guerra,” Shakira’s “Fijación Oral Vol. 1,” and most recently Natalia Lafourcade’s “Un Canto Por México, Vol. 1.” This year the 10 nominees include a wide array of sounds, genres, and stories told. From overdue narratives to breakthrough talents, let’s take a look at this year’s nominees, and see who might pick up the golden trophy come Latin Grammy night on November 18.

Let’s start with arguably the least expected nominee: Nana Caymmi’s “Nana, Tom, Vinicius.” But this nomination isn’t really that shocking if you think about it. Caymmi is a respected veteran in Brazilian music, and is the daughter of the late Dorival Caymmi, another Brazilian staple. She’s also a previous nominee in the Portuguese language categories. “Nana, Tom, Vinicius” will likely not prevail — while there’s often one or two albums by Brazilian artists nominated, they have a very hard time winning — but this nomination itself is already a big honor to this Latin veteran.

Another slight shocker was Paula Arenas’s “Mis Amores.” But this made sense too. She nabbed a Best New Artist nomination in 2017, followed by three nominations in 2019 for her record “Visceral,” including Album of the Year. “Mis Amores,” her second studio album, is not only nominated for Best Traditional Pop Album, but is also helped by multiple big names involved, including last year’s general field nominee Kany García. However, much like García, Arenas will probably fare better in her genre field than in the general field.

Arenas will be facing Pablo Alborán in Traditional Pop Album and Album of the Year. He is always nominated (he has now been nominated 23 times spanning 10 years), but still hasn’t won, despite being one of the leading faces in Latin pop for the past few years. Alborán is also nominated for his album “Vértigo,” but he might be doomed to repeat his fate once again. Because Alborán and Arenas have a big obstacle in their way for both Traditional Pop Album and Album of the Year: the aforementioned Juan Luis Guerra.

Guerra is one of the biggest Latin Grammy winners ever, with four AOTY victoriess to his name (three as an artist, one as a producer). This year he received six noms, including Album of the Year for his EP “Privé,” which features some of Guerra’s biggest hits reimagined. Not only that, but Guerra has only lost Album of the Year twice. So Guerra is the safest bet for Traditional Pop Album, and he could nab another Album of the Year win too.

SEE‘Bo Burnham: Inside’ ineligible at Grammys for Best Comedy Album – here’s where it’s going instead

Another previous Album of the Year winner nominated this year is Juanes. Similar to Guerra’s album, Juanes’s “Origen” is not made up of new material, but of covers of songs that influenced him as a kid. It could pull off a win here simply based on that fact; after all, it includes everything from Bob Marley and Bruce Springsteen to Juan Gabriel and Guerra.

Similar to Juanes, Ruben Blades is also a previous winner, and is nominated for Album of the Year this year for a collection influenced by the past. “Salswing!” is a mashup of salsa and jazz and could net a win like Blades’s “Salsa Big Band” in 2017. However, both “Salswing!” and “Origen’s” chances are heavily dependent on voters going for name recognition instead of rewarding new artistic achievements. Competing with covers and throwbacks could hurt them.

The other previous winner nominated this year is defending champion Lafourcade. She’s nominated for “Un Canto Por México, Vol. 2,” a sequel to her 2020 Album of the Year winner, so if she won last year, why not this year too? “Vol. 2” did not get a nomination in its genre field, but neither did “Vol. 1,” so that might not be a problem. Furthermore, “Vol. 2” got a Best Engineered Album nomination, which means it’s probably going to have support from the tech wing of the academy. Furthermore, she could win based on name-recognition alone: Lafourcade is the female artist with the most Latin Grammy wins ever.

SEEKacey Musgraves (‘Star-Crossed’): Did Grammys get it right? Only 30% of our readers agree it’s a pop album [POLL RESULTS]

Bad Bunny’s “El Último Tour del Mundo” was a roaring success, notching a crossover hit with “Dákiti” as well as “La Noche de Anoche” with Rosalía. However, the academy seems to have a bias against urban music, one which I even talked about in depth last year. Much like the mostly English-language Grammys, unless you’re making “political” music, voters usually dismiss urban music when it comes to picking the winners. As such, it might be wise to expect another Bunny loss here, despite his album being a massive hit and very innovative sonically, combining rock, pop, rap, urbano, and electronic sounds.

That leaves two albums, which are, in my opinion, the front-runners here. C. Tangana’s “El Madrileño” might be too baity for voters to ignore, combining flamenco, pop, rock, urbano, and other Latin genres all in one, potentially uniting voters across the academy. Tangana is a previous winner here as a songwriter/producer on Rosalía’s “El Mal Querer,” which definitely influenced “El Madrileño.” Tangana, like Lafourcade, scored a nomination for Best Engineered Album. And album producer Alizzz netted a Producer of the Year nom. The album is also nominated twice for Best Alternative Song, as well as once for Best Pop/Rock Song and Record of the Year. Sure, it missed out on a nom in its genre album category, but that might’ve just been a nomination committee move, and as mentioned above, that didn’t hurt Lafourcade last year.

Finally, the biggest nominee this year is Camilo, who’s nominated for “Mis Manos.” The record is pretty much your typical Latin pop album, and not necessarily a daring listen. But perhaps that might be Camilo’s ticket to a win here: his album is accessible to pretty much everyone. Plus, Camilo got double Record and Song of the Year nominations, and a bunch of other genre nominations too, so clearly the academy really likes him; he even won last year for Best Pop Song. Underestimate him at your own risk.