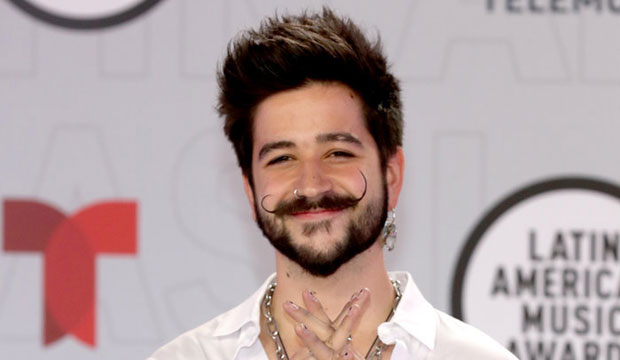 The 2021 Latin Grammy nominations came with some expected nominees and pleasing surprises, and a lot of artists got key noms that could help them make history at these awards. Let’s take a look at five artists who could leave their mark in unprecedented ways when these awards are handed out on November 18.

SEEWhich albums have won the most Grammys? The biggest of all-time from Santana to Billie Eilish

Colombian pop superstar Camilo is the biggest nominee this year with 10. Among these are five general field nominations: “Vida de Rico” for Record and Song of the Year and its parent album “Mis Manos” for Album of the Year. He also has two additional noms for his work on “Amén” and “Dios Así Lo Quiso,” both by his father-in-law Ricardo Montaner. If Camilo manages to win the three general categories on one night, he’ll become the first artist to pull this off since 2011, when Calle 13 swept the Grammys.

Peluso is nominated for Best Urban/Fusion Performance for her viral hit “Nathy Peluso: Bzrp Music Sessions, Vol. 36.” This multifaceted Argentinian singer-songwriter-rapper would make history as only the second woman to win that category. The only other women who have ever been nominated are Mala Rodríguez (2013), Anitta (2016 and 2018), Shakira (2017), Beyoncé (2018), Karol G (2020), and Rosalía (2018 and 2021). Of those, Rosalía is the only one who has managed to pull a win, actually prevailing both times she was nominated.

Furthermore, Peluso is also nominated for the recently inaugurated Best Rap/Hip-Hop Song award for her hit “Sana Sana.” If she wins both categories, she’ll tie with Mala Rodríguez for the second most wins by a woman in the urban field. The biggest female winner in the field is Rosalía with four.

Electronic artist Arca already made Grammy history when she got nominated for Best Dance/Electronic Album for “Kick I,” which is now nominated at the Latin Grammys for Best Alternative Album (the Latin Grammys don’t have electronic/dance categories). A win here will be even more important for the Latin LGBTQIA+ community, in particular non-binary and trans artists, who have been heavily underrepresented at the awards. Granted, Arca does have some strong competition from Calle 13’s Cabra (formerly known as Visitante) and the aforementioned Peluso, but her critically-beloved record could pull off a glorious upset here.

If last year’s Album of the Year winner Natalia Lafourcade pulls off a repeat this year for her follow-up album “Un Canto Por México, Vol. 2,” she’ll not only extend her record as the biggest female winner in the awards’ history, she’ll also become the first woman to win Album of the Year twice. The only other women to have won the award — Shakira in 2006 (“Fijación Oral Vol. 1”) and Rosalía in 2019 (“El Mal Querer”) — have only won once each. Lafourcade would also continue the streak of women winning the top award after Rosalía in 2019 and herself in 2020. This would also be the case if fellow nominees Nana Cymmi (“Nana, Tom, Vinicius”) or Paula Arenas (“Mis Amores”) win.

Furthermore, Lafourcade would become the second artist to win back-to-back, following Alejandro Sanz in 2001 (“El Alma Al Aire”) and 2002 (“MTV Unplugged”). Adding to that, she’ll be only the sixth artist to have multiple Album of the Year wins in their career, with the others being Sanz, Juan Luis Guerra, and Juanes (three wins each as artists), and Calle 13 and Luis Miguel (two wins each).

Speaking of Guerra in Album of the Year, he could make history yet again if his EP “Privé” wins the category. Guerra is already technically the biggest Album of the Year winner with four wins (his three as an artist and a fourth as a producer on Juanes’s “MTV Unplugged”), but a win here this year would break his tie with Sanz and Juanes as the person with the most wins as an artist. “Privé” would also be a special win for Guerra, since it’s a re-imagination of some of his biggest classics.

Not so fast, Guerra! Juanes is also nominated for Album of the Year again for “Origen.” If he prevails he’ll be the most awarded album artist of all time and will tie Guerra’s overall record of four victories.