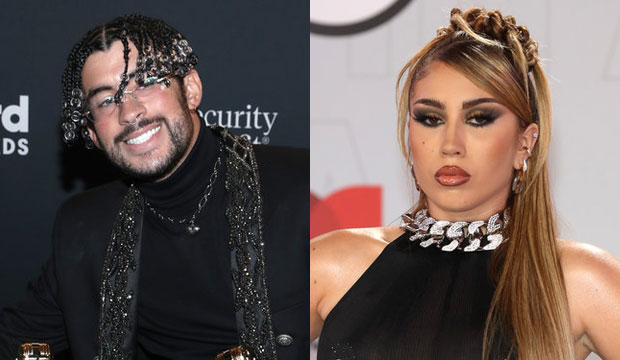 The Latin Grammy Awards, not to be confused with the Latin categories at the regular Grammys, honor the best music in the Latin-sphere, with contenders in both Spanish and Portuguese being eligible. This year in particular we have a lot of contenders, from big English-market crossovers to critically acclaimed gems. Let’s take a look at who could score big.

Massive crossover stars typically get recognized, so expect to see names like Bad Bunny and Kali Uchis come nominations day. The former has smashed this year with his hit song “Dákiti” featuring Jhay Cortez peaking at number-five on the Billboard Hot 100, which is rare for a Latin song. It also dominated the Hot Latin Songs chart and the Latin Airplay chart, as well as climbing high on the Rhythmic and Top 40 charts. Its parent album, “El Último Tour del Mundo,” is probably a lock for an Album of the Year nomination (assuming the Latin Grammys don’t pull a Weeknd and snub one of the year’s highest-profile artists entirely), and the front-runner for Urban Music Album as well.

Meanwhile, Kali Uchis’s “Telepatía” was also a crossover hit, peaking in the top 40 of the Hot 100. The song might even be more palatable to voters than “Dákiti” due to the Latin Grammys’ typical anti-urban bias, so Uchis could take it all the way to a win.

Another big name in contention is Camilo, who like Bad Bunny was nominated for Album of the Year last year as well. His album “Mis Manos” this year is a solid contender, scoring multiple hits including the number-one Latin Pop Airplay hit “Vida de Rico,” which is three-times platinum in both Mexico and Spain. Camilo may also be nominated for his Rauw Alejandro collab “Tattoo.” which was a hit on the Latin charts.

Alejandro’s been having quite a year himself with his album “Afrodisíaco,” and collaborating with English-language star Selena Gomez on her Spanish-language single “Baila Conmigo,” which is Alejandro’s first song to chart on the Hot 100. So don’t be surprised at an Album of the Year nom for Alejandro, who was a Best New Artist nominee just last year.

Among critically acclaimed contenders, there are a couple names you might want to keep in mind. Buzzing star Nathy Peluso could be back in the general field with her acclaimed debut studio album “Calambre,” which could earn her noms across the board. The singer will have strong competition, though, since she may go up against Spanish hit-maker and acclaimed singer and rapper C. Tangana with his album “El Madrileño” and his number-one hit single in Spain “Tú Me Dejaste de Querer.”

Singer-songwriter and Grammy winner Mon Laferte’s “Seis” could earn another general field nomination following her past Album of the Year bid for “La Trenza,” with her sound evolving from her typical alternative music to a more regional banda and ranchera sound. In the same vein, last year’s Album of the Year winner Natalia Lafourcade (“Un Canto por México, Vol. 1”) is also slated to drop the followup to her winning project soon, also touching on traditional folkloric Mexican music. Could Lafourcade score a second win after all the support last year?

Besides all of those, you always have to watch out for other Latin Grammy favorites. Juan Luis Guerra’s “Privé” and Pablo Alborán’s “Vértigo” will probably show up somewhere among the noms. Finally, other crossover stars like Maluma and Karol G might get big breaks after past general field nominations, and you can never count out industry favorites like Juanes and Rosalía for noms.