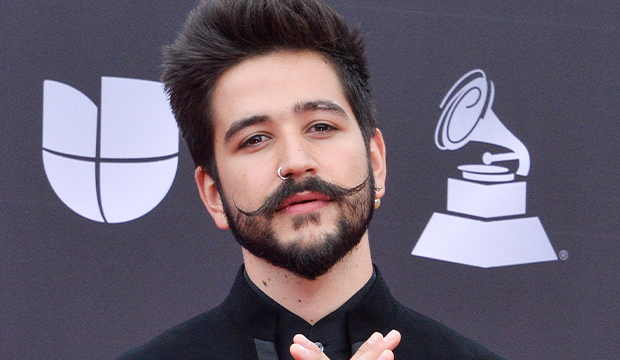 The 2022 Latin Grammys are coming on November 18, so let’s see which artists could be the biggest winners of the night.

This Colombian singer-songwriter is already the biggest nominee this year, racking up 10 bids for both his own songs and others he co-wrote. Wins in pop are likely, with the very real possibility of him claiming both Best Pop Song and Best Pop Vocal Album. Furthermore, he could pick up a win for Best Urban/Fusion Performance for “Tattoo (Remix)” alongside Rauw Alejandro, and is also a sure bet to win Best Tropical Song for his work as a songwriter on “Dios Así Lo Quiso.” And there’s also a possibility of Camilo sweeping the general field, especially since he is double nominated for both Song and Record of the Year in addition to his Album of the Year bid for “Mis Manos.” So he may need help carrying all his trophies out of the building at the end of the night.

JLG received six noms this year, making him one of the most nominated artists. His EP “Privé” is a big contender for Best Traditional Pop Vocal Album and could also pull off an upset for one of its songs in Best Tropical Song (interestingly, his song “Pambiche de Novia” is up against the aforementioned “Dios Así Lo Quiso,” on which he also performs, though he didn’t write the latter). Guerra could also win Best Long Form Music Video for “Entre Mar y Palmeras” and is a sure bet for Best Arrangement for “Ojalá Que Llueva Café.” And given how beloved he is, a Record of the Year win for “Dios Así Lo Quiso” is definitely on the table.

Spanish rapper, singer, and songwriter C. Tangana has had a big year, and a big part of this has been through his work with producer Alizzz. “El Madrileño” is nominated for both Album of the Year and Best Engineered Album, and Alizzz received an additional nom for Producer of the Year. On top of that, he is nominated for Best Pop/Rock Song, Best Alternative Song, and Record of the Year, all for songs from “El Madrileño.” As such, Alizz could end up picking up six Latin Grammys, and none of those are stretches of the imagination by any means.

While this eclectic Argentine singer-songwriter and rapper did not receive any general field nominations, she did receive four genre bids and could actually end up winning all of them. Her viral hit “Nathy Peluso: Bzrp Music Sessions, Vol. 36” could end up beating the likes of Rauw Alejandro and Camilo (“Tattoo”) as well as Maluma and The Weeknd (“Hawái”) for the coveted Best Urban Fusion/Performance. Peluso is also, in my opinion, the front-runner for Best Hip-Hop Song for “Sana Sana,” though she’s gonna have to battle it out with Bad Bunny’s “Booker T.” Finally, she’s likely winning Best Alternative Album for “Calambre,” and could also pick up Best Alternative Song for “Agarrate” if the two C. Tangana songs nominated there end up splitting the vote.

Another producer-songwriter who could do well this year is Rafa Arcaute. Through his work with Ricky Martin, Nathy Peluso, and C. Tangana, Arcaute is nominated for seven awards, and there’s a chance he wins most of those. C. Tangana and Omar Apollo‘s “Te Olvidaste” is nominated for Record of the Year and Best Alternative Song (where it will be competing with another Arcaute composition, “Agarrate”), “Sana Sana” is up for Best Hip-Hop Song, “Canción Bonita” is nominated for Best Pop Song and Song of the Year, and finally he has a nomination as an engineer on “El Madrileño.” He could realistically win every category, which would net him six awards since he’s double-nominated for Alternative Song, with Engineered, Hip-Hop Song, Alternative Song, and Song of the Year being the most likely.