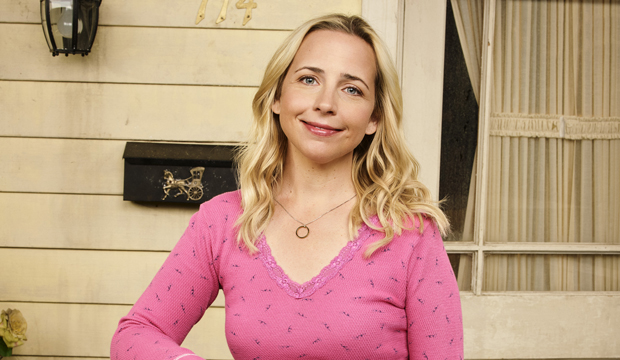 Lecy Goranson originated the role of Becky Conner on “Roseanne” over 30 years ago when she was just 14 years old. The original run of the classic ABC sitcom ended after nine seasons in 1996, but Goranson reprised her role when the series returned 22 years later in 2018. The successful revival was cancelled after one short season due to controversial tweets by headlining star Roseanne Barr, but a spin-off titled “The Conners” premiered later that same year, minus Barr. That spin-off has elevated Goranson’s role in the series and, for the first time ever, landed her a Critics’ Choice Award nomination for Best Comedy Supporting Actress.

The nom from the Broadcast Television Journalists Association is actually Goranson’s first major accolade ever. Despite going toe-to-toe with some of the best comedic actors in TV history on “Roseanne,” the actress was repeatedly overlooked while her co-stars were spotlighted within the industry. Laurie Metcalf took home the most hardware, winning three Emmys in a row from 1992-1994 for playing Roseanne’s troubled sister, Jackie Harris. Metcalf was nominated again in 1995 and once more in 2018 when the series returned.

Barr earned four bids from the Emmys and five from the Golden Globes as the titular character, winning one each in 1993. As Roseanne’s husband Dan Conner, John Goodman lost seven Emmys in a row from 1989-1995. He did prevail once at the Golden Globes, winning on his fourth and final nomination for the series in 1993. Sara Gilbert received two Emmy nominations for playing Becky’s younger sister, the sarcastic Darlene Conner.

In “The Conners,” Goranson is a frequent and hilarious focus as Becky, a spontaneous spitfire who often lacks direction and is keen on making the wrong choices. A drunken night landed her pregnant by an undocumented coworker who wound up getting deported. As a single mother in the most recent season, her baby’s father sneaks back across the border in an attempt to rekindle their relationship, which Becky is hesitant to pursue. In a sense, Goranson’s over-the-top Becky has a similar relationship to Gilbert’s deadpan Darlene as Jackie had with Roseanne in the original series.

Goranson is the only actor from “The Conners” singled out by the Critics’ Choice Association this year. She is nominated in the Best Comedy Supporting Actress category along with Rita Moreno (“One Day at a Time”), Annie Murphy (“Schitt’s Creek”), Ashley Park (“Emily in Paris”), Jaime Pressly (“Mom”) and Hannah Waddingham (“Ted Lasso”). Should Goranson prevail, she will be the first actor to win a Critics’ Choice Award for “The Conners.” Metcalf was nominated in 2018, but lost to Alex Borstein in “The Marvelous Mrs. Maisel.”