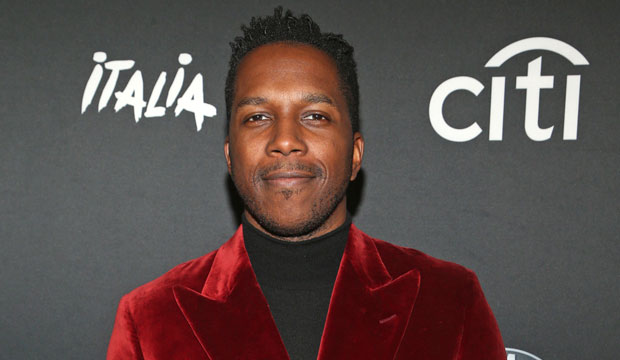 Leslie Odom Jr. gave one of the year’s most inspired performances as soul icon Sam Cooke in Regina King‘s directorial debut, “One Night in Miami.” The Amazon film concludes with Odom belting out a spine-tingling rendition of Cooke’s classic Civil Rights Movement anthem, “A Change is Gonna Come,” a tearful climax that puts the actor’s range of talents on full display. For his efforts, Odom has been nominated for two Academy Awards: Best Supporting Actor and Best Original Song.

This marks the first year the Grammy and Tony winner has contended at the Oscars. In Odom’s first race he faces off against fellow first-timers Paul Raci (“Sound of Metal”) and LaKeith Stanfield (“Judas and the Black Messiah”) along with previous nominees Sacha Baron Cohen (“The Trial of the Chicago 7”) and Daniel Kaluuya (“Judas and the Black Messiah”). Cohen contended for Best Adapted Screenplay for writing 2006’s “Borat” and is nominated in the screenplay category again this year for its sequel, “Borat: Subsequent Moviefilm.” Kaluuya has one prior nomination for Best Actor in “Get Out” (2017).

“One Night in Miami” is a retelling of an encounter that took place among four icons at the Hampton House in 1964. Cooke, Jim Brown (Aldis Hodge), Cassius Clay (Eli Goree) and Malcolm X (Kingsley Ben-Adir) meet up to celebrate Clay’s (soon to be Muhammad Ali) heavyweight championship victory, but quickly dive into serious discussions about the pressures facing successful Black men in America. There is a notable tension between Cooke and X, who nearly come to blows when arguing about the singer’s music and impact on culture.

In addition to his bid for acting, Odom was nominated for Best Original Song for co-writing “Speak Now” with Sam Ashworth. With his young family’s future on his mind during the resurgent Black Lives Matters movement, Odom wanted to follow in Cooke’s footsteps and produce an activist anthem. The other nominated tunes are: “Fight For You” (“Judas and the Black Messiah”), “Hear My Voice” (“The Trial of the Chicago 7”), “Husavik” (“Eurovision Song Contest”) and “Io Si (Seen)” (“The Life Ahead”).

Odom picked up various critics prizes for his portrayal of Cooke, but lost the Critics Choice, Golden Globe, SAG and BAFTA Awards to Kaluuya. He may be considered an underdog in that race, but his chances at Oscar glory remain strong in the Best Song category. He lost the Globe to “Io Si (Seen)” but snagged the Critics Choice Award over all of his Oscar rivals except for “Hear My Voice,” which wasn’t nominated there. Odom follows a recent trend of actors doubling up their nominations with a song bid, including Mary J. Blige (“Mudbound,” 2017), Lady Gaga (“A Star is Born,” 2018) and Cynthia Erivo (“Harriet,” 2019).

Odom has been singled out with acting nominations at the Golden Globe, Critics Choice, SAG and BAFTA Awards. He won a Tony Award for Best Actor in a Musical in 2016 for portraying Aaron Burr in “Hamilton” and picked up a Grammy Award for the original cast recording. In 2020 Odom earned his first Emmy nomination for voiceover work on the Apple TV+ animated series “Central Park.” Should he prevail in one of his two Oscar bids this year, he will be just an Emmy shy of EGOT status.