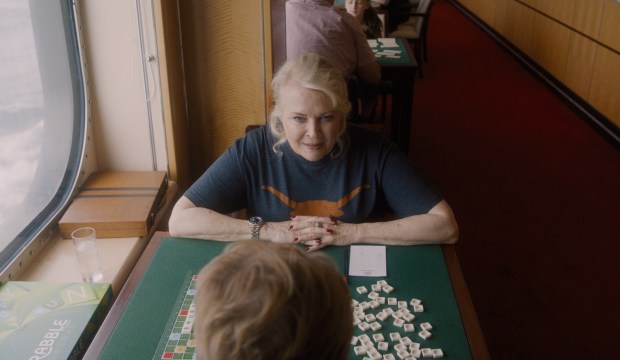 Forty-one years after her first and only Oscar nomination, “Let Them All Talk” star Candice Bergen has the potential to join Henry Fonda in the Academy Awards record books, a long-shot bid for recognition that could receive a boost of support from the Golden Globes.

But Bergen has a path to a nomination that could start at the Golden Globes. The Hollywood Foreign Press Association has historically supported Bergen, from her nominee as Most Promising Newcomer in 1967 to a nomination at the 2019 show for the mostly forgotten reboot of “Murphy Brown.” Five Gold Derby Experts expect her to land among the nominees at next month’s ceremony, including Jacobs, Variety awards expert Clayton Davis, Gold Derby contributor Susan King, Rolling Stone contributing editor Peter Travers, and Gold Derby’s own Joyce Eng.

There’s a logistical reason for that: Bakalova, a breakout star and critical favorite for her “Borat Subsequent Moviefilm” performance, has been slotted into the Best Actress in a Musical or Comedy category at the Golden Globes, opening up a spot in the Best Supporting Actress race. But at this stage in what has become an upside-down season, it feels like visibility is the best way to materialize an Oscars campaign. If voters see Bergen cited among the nominees at the Globes, it’s easy to imagine they’d give her a serious look, especially with the film readily available on HBO Max.

Directed by Steven Soderbergh and starring Bergen, Meryl Streep, and Diane Wiest, “Let Them All Talk” focuses on a successful and reclusive author (Streep) and her two friends (Bergen and Wiest) who reunited on the Queen Mary 2 for a trip across the Atlantic. Of the women, Bergen is given the showiest role, playing a hardened Southerner who blames her Pulitzer Prize-winning friend for the personal issues that have befallen her since the publication of the author’s breakout novel. It’s part Bergen said she was immediately engaged by and pushed to do.

“Steven contacted me, and we met for lunch, and he barely had the words out of his mouth, and I [said], ‘Yes, yes. Whatever you want. I’m dying to, yes, yes,’” Bergen said about the project in an interview with Entertainment Weekly last year. “I think he’s the most fearless filmmaker, and his intellect is so piercing.” (Soderbergh, in a coincidence, is among the three producers of this year’s Oscars broadcast.)

In another time, it’s easy to imagine Bergen would have been an easier sell as an Oscars contender. “Let Them All Talk” was originally going to debut at the Toronto International Film Festival before a previously traditional platform release rollout in major cities nationwide. But with the coronavirus pandemic upending the normal ebbs and flows of awards season, Bergen has become a slight afterthought among pundits.

That could prove to be a mistake, particularly in a category that remains relatively wide open and littered with question-marks — including whether voters will be as engaged by Bakalova as critics were, if viewers will stick with the difficult opening of “Pieces of a Woman” to see Burstyn’s showcase scene, and whether Seyfried is doomed to be this year’s Jennifer Lopez, a presumed front-runner who comes up short when the final accounting is tabulated.

Of course, even if Bergen fails to make Oscars history in March, another actress has a chance to topple Ford’s record: “The Life Ahead” star Sophia Loren. A nomination for Loren at the 2021 Oscars would come 56 years after her Best Actress push at the 1965 ceremony for “Marriage Italian Style.” Right now, Loren places fifth among Gold Derby Experts with 13/1 odds, but “Malcolm & Marie” star Zendaya (14/1 odds) is closing fast and could push Loren out of the top-five as soon as this week.

Abubakar Salim: 'Raised By Wolves' taught me to 'be brave, make mistakes and bold, daring choices'…

Cristin Milioti ('Palm Springs'): 'It felt like I was a kid again' [EXCLUSIVE VIDEO…