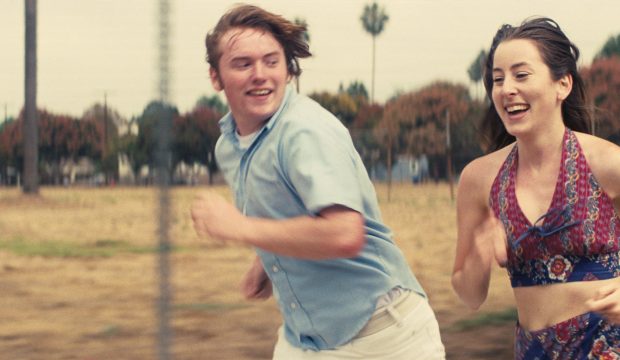 Paul Thomas Anderson has never won an Academy Award despite eight nominations, including four for screenwriting. But that winless streak could end next year if the early response to his new film, “Licorice Pizza,” is any indication.

“At this stage, eight-time-nominee Anderson is clearly overdue for his first Oscar. And I believe, as he enters another season with a late-breaking contender, that ‘Licorice Pizza’ could be the movie that gets him a win,” Vanity Fair awards expert David Canfield wrote on Thursday night in a piece published as the social media and analysis embargo on “Licorice Pizza” came to an end.

Anderson could be “in serious play for screenplay,” Variety awards expert Clayton Davis wrote on Twitter.

Not that anyone should be too surprised with that take or the overall response. Anderson’s script for “Licorice Pizza” rated high in the Gold Derby odds before its screenings even began, and it remains a close second among experts in the Best Original Screenplay category behind only “Belfast.” (Kenneth Branagh’s film has the benefit of being an early Best Picture front-runner; “Licorice Pizza” is currently seventh in the Best Picture race among experts.)

Set in the San Fernando Valley in the late 1970s, “Licorice Pizza” is a coming-of-age romance that loosely combines elements from the life of producer Gary Goetzman with Anderson’s own experiences growing up in the area. Anderson has cited “Fast Times at Ridgemont High” and “American Graffiti” as inspirations, and that’s evident from the finished film which is charming, naturalistic, and episodic in nature and is built on the back of two breakout performances from Cooper Hoffman (son of the late Philip Seymour Hoffman) and musician-turned-actress Alana Haim. Headline names such as Sean Penn, Bradley Cooper and Benny Safdie also co-star, but in small supporting performances that border on extended cameos. (Cooper is especially explosive as producer Jon Peters, bullying and taunting Hoffman’s Gary in the film’s funniest section.)

“Licorice Pizza” is out in limited release on November 26 before a wider rollout on Christmas Day. Check out numerous first reactions about the film below.

#LicoricePizza is a dream! An opportunity to become completely enveloped by 1970s LA and the comfort and charm of an impossibly sweet story about growing up and finding love. Alana Haim and Cooper Hoffman have my heart. What an utter joy watching them dazzle in this. pic.twitter.com/xYle3NOjsr

LICORICE PIZZA is the only movie i’ve seen recently that made me think, “man, i love movies”

LICORICE PIZZA is my personal favorite Paul Thomas Anderson movie since PUNCH DRUNK LOVE. For people who complain you want something “like Boogie Nights,” well, here you go.

I fell hard for Paul Thomas Anderson's #LicoricePizza. Like PUNCH-DRUNK LOVE, it's funny & eccentric, but the guy who sells mattresses in this one is a 15-year-old entrepreneur who's fallen hopelessly in love & doesn't know what to do about it. Will be one you watch lots of times pic.twitter.com/vGJ44tWwd6

#LicoricePizza has charm, wit and two outstanding debut performances from Cooper Hoffman and Alana Haim. I think many will dig its vibe. Bradley Cooper is about three minutes shy of an Oscar win for supporting actor. Paul Thomas Anderson could be in serious play for screenplay. pic.twitter.com/Kg1hQDyzjR

A beautiful, funny, warm, layered, moving love letter to growing up, romance, LA, movies, with so many wonderful characters and moments and AHHH. Perfection. pic.twitter.com/4xFtpSINPp

Still a little dizzy from how good @licoricepizza is.

LICORICE PIZZA is Paul Thomas Anderson’s lightest & joyous film he’s made in some time, maybe ever. Sweet, hilarious & made with so much love & care. The various celebrity one-scene cameos are fun but Cooper Hoffman & Alana Haim steal our hearts with their incredible chemistry. pic.twitter.com/4KkxP0TKho