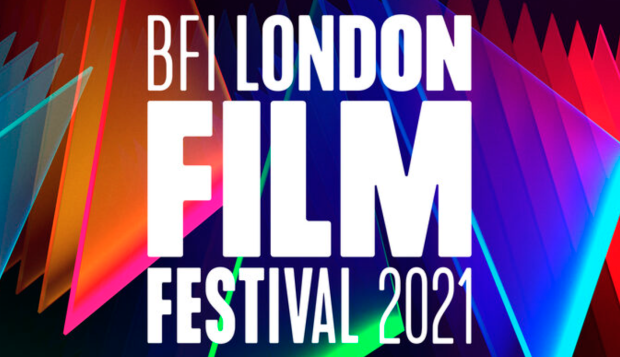 This year’s London Film Festival concluded last week after the 12-day event featured movies from 77 countries. A whopping 39% of the 161 feature films were directed or co-directed by women/non-binary filmmakers and 40% came from ethnically diverse filmmakers. The London Film Festival is an important stop on the road to the Oscars, especially as the academy continues to expand its membership globally.

The festival opened on October 15 with Jeymes Samuel’s Netflix western flick “The Harder They Fall” and closed 12 days later with Joel Coen‘s Apple TV+ picture “The Tragedy of Macbeth.” In between those two films played 159 other feature films each vying for London audiences’ attention and praise. Let’s take a look at the 10 hottest Academy Awards contenders that unspooled on this side of the pond.

“Belfast”
This semi-autobiographical tale follows a young boy and his working-class family in Belfast, Northern Ireland, during the tumultuous 1960s.
Directed by: Kenneth Branagh
Starring: Jamie Dornan, Caitriona Balfe, Judi Dench, Ciarán Hinds
Black and white cinematography tends to do well, with “Mank,” “Roma,” and “The Lighthouse all recent examples of such movies landing Best Cinematography noms. Meanwhile, Branagh could land Oscar nominations number six and seven for writing and directing this movie after five prior nominations in various categories including Best Director and Best Actor (both for 1990’s “Henry V.”)

“The French Dispatch”
The story of the fictional newspaper magazine The French Dispatch. Its writers tell a collection of stories from hostage situations to art dealers to student protests.
Directed by: Wes Anderson
Starring: Owen Wilson, Tilda Swinton, Adrien Brody, Timothée Chalamet
Anderson’s movies always do well in writing and below-the-line categories, so expect a number of bids there. Anderson could pick up his eighth or even his ninth and tenth nominations in total if he scores noms for any of Best Original Screenplay, Best Director, and Best Picture. He has yet to win an Oscar, however, despite multiple bids in the aforementioned categories as well as for Best Animated Feature.

“The Harder They Fall”
An outlaw finds out that his enemy is being released from prison, so he reunites his gang to exact revenge upon his arch-rival.
Directed by: Jeymes Samuel
Starring: Idris Elba, Regina King, Jonathan Majors, LaKeith Stanfield
This western could pick up bids in below-the-line categories, particularly in the design departments, while its cast are all in with a shout.

“King Richard”
A look at how Richard Williams trained and guided his two daughters Venus and Serena into becoming two of tennis’ most successful superstars.
Directed by: Reinaldo Marcus Green
Starring: Will Smith, Jon Bernthal, Aunjanue Ellis, Tony Goldwyn
Will Smith could well earn his third nomination for Best Actor following bids in 2002 for “Ali” and 2007 for “The Pursuit of Happiness.” Other areas of success could be for the scene-stealing performance by Ellis and its writing,

“Last Night in Soho”
An aspiring fashion designer slips into the 1960s when she meets a singer. The dazzling 60s, however, give way to something more sinister as there is something darker at play beneath the glitz and glam.
Directed by: Edgar Wright
Starring: Anya Taylor-Joy, Matt Smith, Thomasin McKenzie, Diana Rigg
Period movies like these are always in with a chance with the design categories, while “The Queen’s Gambit” star Anya Taylor-Joy could follow up her Emmy nomination with an Oscar bid. Edgar Wright and Krysty Wilson-Cairns could also see some love for their original script.

“The Lost Daughter”
A troubled woman finds her beach vacation unraveling after she becomes entangled in a family’s hunt for a doll, bringing back memories of her past.
Directed by: Maggie Gyllenhaal
Starring: Olivia Colman, Dakota Johnson, Jessie Buckley, Paul Mescal
Maggie Gyllenhaal adapted the script from Elena Ferrante’s novel herself, so a nomination for adapted screenplay could be fair compensation for missing out on Best Director, if she does indeed miss out.  Actors turned first-time-directors have a rocky history at the Oscars, with Emerald Fennell (“Promising Young Woman”) and Bradley Cooper (“A Star is Born”) both getting snubbed while Warren Beatty (“Heaven Can Wait”), Robert Redford (“Ordinary People”), and Kevin Costner (“Dances With Wolves”) all scored noms for their first-time efforts, with the latter two winning. Meanwhile, Olivia Colman delivers another powerhouse performance and could very well earn her third Oscar bid in four years.

“The Power of the Dog”
A fear-inducing rancher begins to torment his brother’s wife and child after the brother returns home. But the torment begins to change into something else entirely.
Directed by: Jane Campion
Starring: Benedict Cumberbatch, Kirsten Dunst, Jesse Plemons, Kodi Smit-McPhee
Campion earned dual writing and directing noms for “The Piano” in 1994 (she won for writing). She could do the same here. Meanwhile, this western could do very well in below-the-line categories, and Cumberbatch seems a sure thing for a Best Actor bid. This would be his second after a debut nomination in 2015 for a different type of period movie, “The Imitation Game.”

“Ron’s Gone Wrong”
An awkward middle-schooler forms a friendship with his new talking, digitally-connected device against the backdrop of the social media age.
Directed by: Sarah Smith, Jean-Philippe Vine, and Octavio E. Rodriguez
Starring: Jack Dylan Grazier, Zach Galifianakis, Ed Helms, Rob Delaney
This could be a big player in the Best Animated Feature category, particularly as Disney tend to do very well in this category. It could also land a couple of other bids such as Best Original Screenplay if voters like it enough.

“The Tragedy of Macbeth”
A Scottish lord named Macbeth and his cunning wife become obsessed with power after a trio of witches tell Macbeth that he will become king.
Directed by: Joel Coen
Starring: Denzel Washington, Frances McDormand, Alex Russell, Brendan Gleeson
Washington and McDormand could very realistically earn their 10th and eighth nominations, respectively, for Best Actor and Best Actress, while the movie should do well in below-the-line categories as well, including Best Editing and Best Cinematography.