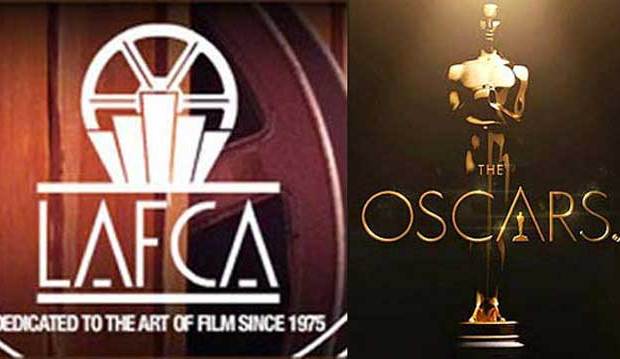 The Los Angeles Film Critics Association handed out its awards on Saturday (December 18). These California-based reviewers are the second major critics group to reveal their list of winners, as their New York counterparts went first December 3. How much influence does LAFCA have on the last group to be heard from — the motion picture academy which will reveal the Oscar winners 99 days from now on March 27, 2022?

Over the course of its 46-year history, the Los Angeles Film Critics Association Awards has predicted only 11 winners of the Best Picture Oscar. Three of those came in the first five years of its existence while another three were in the last five years.

In 2019 LAFCA previewed the Best Picture winner at the Academy Awards when it went with “Parasite.” Prior to that the L.A. critics had lined up with the Oscars in both 2016 and 2017, when they foretold the upsets by “Spotlight” and “Moonlight” over frontrunners “The Revenant” and “La La Land,” respectively. In 2018, the Los Angeles crowd went for “Roma,” while the academy favored “Green Book.”

Before these recent run of winners, LAFCA had not aligned with the academy since 2010, the first year of the expanded Best Picture race, when both bodies went with “The Hurt Locker.” Prior to this, the last time that the L.A. critics foresaw the top Oscar winner was way back in 1994 when “Schindler’s List” ran the board, also winning NYFCC and NBR before triumphing at the Oscars.