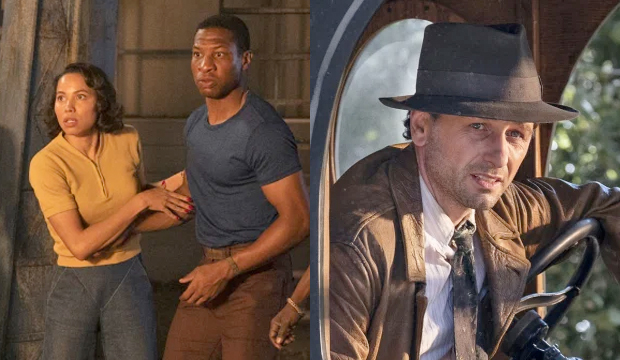 At last year’s Golden Globes, “Succession” walked off with the Best Drama Series trophy, making it the fourth such champion to hail from HBO. The paycaster’s other three victories came for “The Sopranos” (1999), “Six Feet Under” (2001) and “Boardwalk Empire” (2010). That’s right, not even Emmy magnet “Game of Thrones” was good enough by the Golden Globes’ standards to make this esteemed list. This year both “Lovecraft Country” and “Perry Mason” are in the running to claim Best Drama Series, per Gold Derby’s predictions. But for one of them to become HBO’s fifth overall winner, they’ll first need to take down odds leader “The Crown.”

Netflix’s regal drama has already won this prize twice before at the Golden Globes, for its first season in 2016 and its third season in 2019. This year the show depicted the tumultuous marriage between Prince Charles (Josh O’Connor) and Princess Diana (Emma Corrin), as well as Queen Elizabeth II‘s (Olivia Colman) working relationship with Prime Minister Margaret Thatcher (Gillian Anderson). All are strong contenders to receive acting bids for the heralded Season 4, with Tobias Menzies and Helena Bonham Carter also in the running.

“Lovecraft Country” stars Jonathan Majors as a man searching for his missing father in 1950s Jim Crow America. Jurnee Smollett plays his photographer friend in this horror series based on writer H. P. Lovecraft‘s fictional stories. Majors and Smollett are both poised to receive their first career Globe nominations for their work on the series, with Michael Kenneth Williams and Aunjanue Ellis also possible contenders.

“Perry Mason” features Matthew Rhys in the iconic role of a private investigator-turned-lawyer in 1930s Los Angeles. John Lithgow and Tatiana Maslany are among the many stand-out supporting players in the mob-themed first season. The Mason character is based on Erle Stanley Gardner‘s novels and short stories, which were previously adapted into the popular TV series led by Raymond Burr (1957–1966).

As of this writing, “The Crown” leads our Golden Globe predictions for Best Drama Series with 10/3 odds, followed by “Lovecraft Country” in second place at 9/2 odds, “Ozark” in third place at 5/1 odds, “The Mandalorian” in fourth place at 6/1 odds and “Perry Mason” in fifth place at 7/1 odds. The Top 10 likely nominees are rounded out by “Killing Eve,” “Ratched,” “The Boys,” “Better Call Saul” and “P-Valley.”