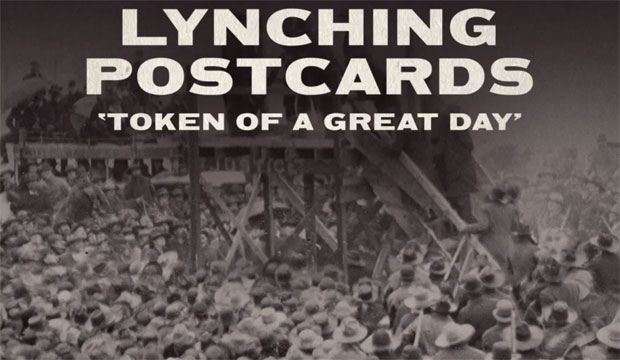 Director Christine Turner‘s documentary short “Lynching Postcards,” from MTV Documentary Films and streaming on Paramount+, is a visceral account of the wave of violence against African-Americans between the Civil War and the Civil Rights era. Its themes are sadly still relevant in the 21st century, which could make it feel especially urgent to members of the film industry when they vote for Oscar nominations.

The film is not just about the history of lynching, where white mobs publicly tortured and killed thousands of Black men and women without cause. It specifically focuses on the especially disturbing phenomenon where photographs of the mobs posing with their victims would be bought, sold, and shared as casually as one would nowadays share vacation pictures on Instagram. Such was the depth of anti-Black hatred that white murderers would proudly share their crimes with friends and family. And such was the extent of government and law enforcement complicity that those white murderers did not fear showing their faces because there would be no consequences for their actions.

Modern echoes of this phenomenon can be seen as recently as the 2020 murder of Ahmaud Arbery in Georgia, where three white men racially profiled, hunted, and killed their victim, claimed self-defense, and went for months without even being charged with a crime. Video of the crime was released by the killers in the belief that it would exonerate them, almost like a lynching postcard for the modern era, with the difference that this time the killers were actually tried and convicted of murder.

Seeing the history of lynching reverberating through the decades to the current Black Lives Matter movement may resonate with academy members and bring Turner her first Oscar nomination after almost two decades of work as a director and producer of nonfiction films and TV programs. Her previous work has competed at the Sundance, Tribeca, and SXSW Film Festivals, and her feature documentary “Homegoings” (2013) about funeral services for the Black community was nominated for a Cinema Eye Honors Award for Best Nonfiction Filmmaking for Television. Will this make an even bigger awards impact?