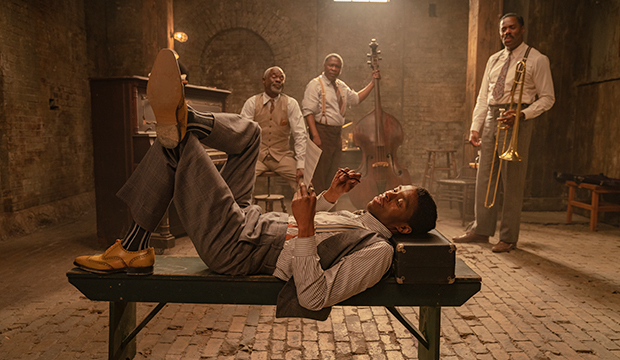 Following two big victories at the Screen Actors Guild Awards, “Ma Rainey’s Black Bottom” is shaping up to potentially win multiple categories at the upcoming Oscars. Not only did Chadwick Boseman continue his sweep of Best Actor for his defiant performance as Levee Green but Viola Davis took the Best Actress prize for her transformative turn as Ma Rainey. Considering the voter crossover between SAG and the Oscars, both should be considered frontrunners of their respective categories. But how likely is it that they can both win with the lack of a Best Picture nomination for their film?

“Ma Rainey’s Black Bottom” is up for five Oscars: Best Actor for Boseman, Best Actress for Davis, Best Costume Design, Best Makeup and Hairstyling and Best Production Design. The film was widely predicted to score nominations in Best Picture and Best Adapted Screenplay, but it was shockingly overlooked in both categories. Despite those misses, current Gold Derby odds suggest it will win Best Actor, Best Costume Design and Best Makeup and Hairstyling, with Davis steadily rising in Best Actress post-SAG. Should it win those four Oscars, it would be virtually unheard of in the modern era.

With the expansion of the Best Picture lineup to more than five nominees 11 years ago, we’ve seen each year how much a bid in the top category gives films an advantage in other categories. For example, since 2009, no film without a Best Picture nomination has scored more than two Oscars. If “Ma Rainey’s Black Bottom” really has the passion to collect three or four Oscar wins, where was that energy for Best Picture during nominations voting?

Unlikely as it may be on paper, it is not impossible for “Ma Rainey’s Black Bottom” to be among the most awarded films of the night. “The Matrix” pulled off a similar feat in 2000, amassing four wins (out of four nominations) despite not having any above-the-line nominations. The key difference is that it’s not entirely surprising for a tech-heavy film like “The Matrix” to dominate the crafts categories. “Ma Rainey” would pull off an even bigger accomplishment if both Boseman and Davis win their respective categories. The film would then become the first to win both Best Actor and Best Actress without a corresponding Best Picture nomination in the academy’s 93-year history. With demonstrated support from those who overlap with SAG in the actors’ branch, plus compelling personal narratives for Boseman and Davis, there is a strong possibility that history will be made on April 25.