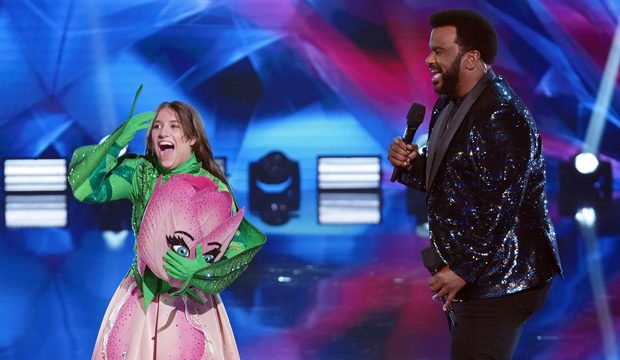 Actress, singer and social media influencer Mackenzie Ziegler was revealed to be the talented Tulip on Wednesday’s finale of “The Masked Dancer.” The former “Dance Moms” star finished in third place behind Diamond Mask trophy winner Gabby Douglas as Cotton Candy and runner-up Maksim Chmerkovskiy as the Sloth. Despite nailing her final routine to “Kings & Queens” by Ava Max, Mackenzie wasn’t able to earn enough votes to take home the title.

SEEPaula Abdul ends ‘The Masked Dancer’ as judge with most correct guesses — how’d she do it?

“It was so fun!” Mackenzie exclaimed in her unmasked interview with host Craig Robinson. “I love Tulip! Behind the mask I could be whoever I wanted to be. I gained more confidence for sure. I really just wanted everyone to love her at home and be someone that they could look up to. This was the best thing I’ve ever done. It was so fun and I want to thank you guys so much for lifting me up.”

Ashley Tisdale was the only panelist to correctly guess the TikTok star was parading around as the Tulip. Paula Abdul thought it was another social media star, Liza Koshy. Ken Jeong guessed actress Lucy Hale and Brian Austin Green thought the Tulip was singer Sabrina Carpenter.

Helping Ashley correctly name Mackenzie as the Tulip were some very helpful hints in her clue packages. The Mac’N’Cheese in Tulip’s package was a clue to Mackenzie’s name. The bag of chips was a clue to Mackenzie’s famous line from “Dance Moms,” “All I wanna do is stay home and eat chips.” When asked about the number “11” in her clue package, Mackenzie explained that “Dance Moms” came out in 2011 and the “iceberg on an armpit” was a reference to Pittsburgh. The bus ticket AL to DC was a reference to Abbey Lee Dance Company.

Mackenzie defeated seven other celebrities this season before falling to Gabby as Cotton Candy and Max as the Sloth: Ice-T as the Disco Ball, Bill Nye as the Ice Cube, Elizabeth Smart as the Moth, Brian McKnight as the Cricket, Vinny Guadagnino as the Hammerhead, Jordin Sparks as the Exotic Bird, Oscar De La Hoya as the Zebra.  Did you guess the TikTok star was dancing inside the Tulip costume?