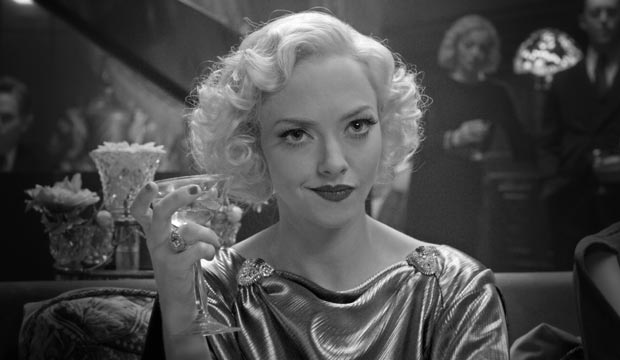 “Mank” marks director David Fincher’s return to film after a six-year hiatus. His Netflix feature details the heated relationship between Herman J. Mankiewicz and Orson Welles and the contentious process in writing “Citizen Kane.” It is dense with historical tidbits related to the real life people and their counterparts as portrayed on-screen, which is understandably why Mank (Herman’s nickname) was not widely loved for his work. The final product is so meticulously crafted by Fincher’s team, it nears docufiction and is a strong Oscar contender made for, by, and about Hollywood.

Critics groups have overwhelmingly recognized its production design with some also citing cinematography, score, makeup and hairstyling, and featured player Amanda Seyfried. It is the most nominated film at both the Golden Globes (6) and Critics Choice Awards (12).

Skeptics may worry that last year’s “The Irishman” went into the Critics Choice Awards with 14 nominations, left with only one, and then became one of most snubbed films at the Oscars with 10 noms and zero wins. However, with this year’s elongated awards calendar and the announcement of Oscar nominations still a month away (voting takes place from March 5-10), the Golden Globes on February 28 may be a big factor.

After the release of Oscar shortlists, “Mank” remains a contender in three more categories: Makeup and Hairstyling, Original Score and Visual Effects. A consolidated Best Sound category narrows the film’s chances to 13 likely categories, just one behind the current record-holders: a three-way tie with 14 noms between “All About Eve,” “Titanic,” and “La La Land.”

Of Fincher’s past films, “The Curious Case of Benjamin Button” also reaped 13 nominations. Overall, his most nominated categories are: Sound (Mixing and Editing) (5), Film Editing (4), and Cinematography (3). All of Fincher’s films are sharply styled and executed with technical precision, and “Mank” is no exception.

With awards season well underway, the question now becomes: Will “Mank” dominate with the most Oscar nominations this year? Be warned, a decade after “The Social Network” and Fincher won Best Picture and Director at the Golden Globes and Critics Choice Awards, it was Tom Hooper’s “The King’s Speech” that claimed the top Academy Awards.