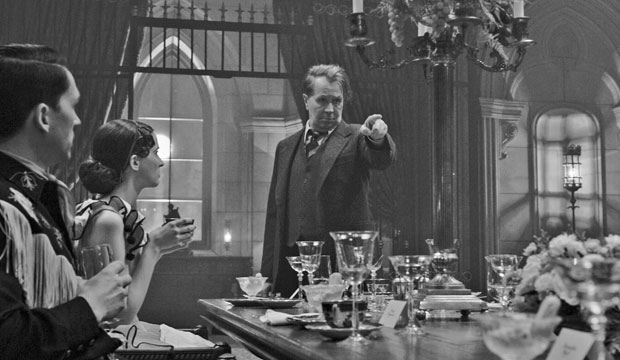 The Netflix biographical drama “Mank” has had mixed results this awards season, often scoring the most nominations thanks in large part to its lavish production values, but it hasn’t had as much luck with wins. There’s one key exception, though: Best Production Design, where the film has consistently been honored by awards groups for recreating 1930s and 1940s Hollywood. If it follows through by winning that award at the Oscars, it’ll be the first black-and-white film to do so since “Schindler’s List” (1993).

But “Mank” production designer Donald Graham Burt has cleaned up throughout the season, winning at the BAFTA Awards, the Art Directors Guild Awards, the Set Decorators Society Awards, and the Critics Choice Awards, among other plaudits. Burt previously won an Oscar on his only other nomination, for another David Fincher film, “The Curious Case of Benjamin Button” (2008), so if our predictions are right he’ll be two-for-two. This is also the second Oscar nomination for set decorator Jan Pascale, whose previous bid was for one of the aforementioned black-and-white nominees in this category, “Good Night, and Good Luck.”

Almost all of the Expert journalists we’ve surveyed for their predictions agree that “Mank” will prevail, though as of this writing one Expert apiece is betting on an upset by “Ma Rainey’s Black Bottom” and “The Father.” Will Burt and Pascale hold off their rivals when Oscars are handed out on April 25? 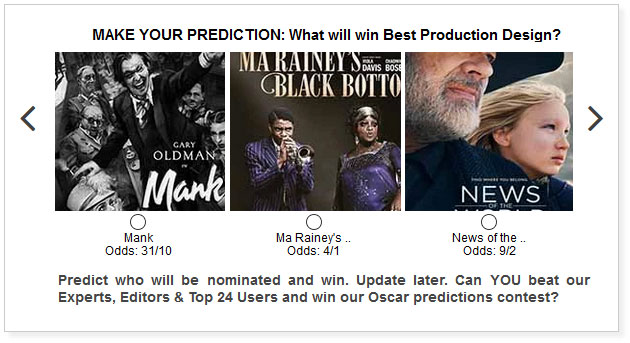