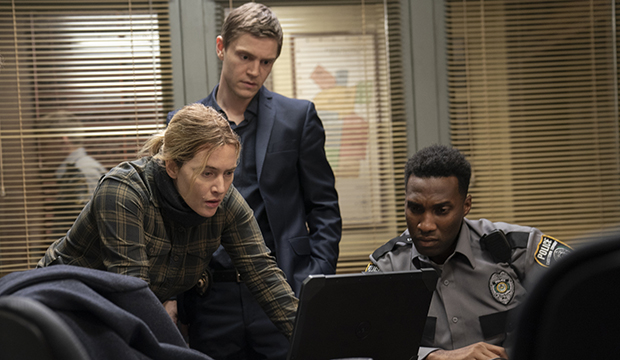 “Mare of Easttown” had a good night(Mare) at the Emmys, winning three acting prizes for Kate Winslet, Julianne Nicholson and Evan Peters. And while the HBO hit can’t pull another hat trick at the Screen Actors Guild Awards, it can be the rare show to sweep the limited series/TV movie actress and actor categories.

In the 27-year history of the SAG Awards, just five shows have won both categories. “Angels in America” first achieved it in 2004 with Meryl Streep and Al Pacino. In 2007, “Elizabeth I” duo Helen Mirren and Jeremy Irons triumphed. Two years after that, Laura Linney and Paul Giamatti won for “John Adams.” After a nine-year drought, “Big Little Lies” went 2 for 2 with Nicole Kidman and Alexander “The Tall Dude from ‘True Blood'” Skarsgard in 2018. The most recent victorious pair was Michelle Williams and Sam Rockwell for “Fosse/Verdon” in 2020, with the latter winning in an upset.

Our early SAG Awards odds forecast “Mare of Easttown” becoming the sixth show to pull off this twofer as Winslet and Peters are both out front in their respective categories. And with good reason. Actors are clearly here for “Mare,” seeing as it won all three Emmy acting categories for which it was nominated — and its fourth nominated actor, Jean Smart, also took home a statuette, for “Hacks.” Winslet defeated one of the most competitive fields ever to pick up her second Emmy, overcoming Golden Globe, Critics Choice and SAG Award champ Anya Taylor-Joy of the limited series winner, “The Queen’s Gambit,” who on the day of the Emmys, reclaimed her frontrunner status from Winslet, thanks to rampant last-minute prediction changes.

SEE Post-Emmys slugfest: Experts on Olivia Colman being the Queen of Upsets and how to fix the voting system

The only Emmy rival Winslet could face at SAG is Cynthia Erivo (“Genius: Aretha”), who’s in sixth place in the odds. Jennifer Coolidge (“The White Lotus”) is in second, followed by Jessica Chastain (“Scenes from a Marriage”), Nicholson and Margaret Qualley (“Maid”). Coolidge, Chastain and Qualley all hail from summer/fall contenders, and while all three shows were well received, none have reached the buzz or popularity “Mare” did when it aired over the spring. To be fair to “Maid,” the entire 10-episode series just dropped on Netflix on Oct. 1 and would’ve probably hit the No. 1 spot in the Netflix top 10 by now if it weren’t for “Squid Game.” But to put it another way, none of these shows crashed its streaming service like “Mare” did the night of its finale — and popularity and visibility go a long way with a group like SAG-AFTRA.

It’s for that same reason that it makes sense that Peters is also holding down the top spot in the actor race despite being a supporting player over someone like Ewan McGregor, the undisputed lead of his show, “Halston,” for which he won the lead actor Emmy. McGregor is third in the odds behind No. 2 Oscar Isaac (“Scenes from a Marriage”) and ahead of Murray Bartlett (“The White Lotus”) and Michael Keaton (“Dopesick”). He could follow in reigning SAG champ Mark Ruffalo‘s footsteps: win the Emmy in an open category for an under-watched show (“I Know This Much Is True”) and then take home the SAG Award.

But it’s just as, if not more, likely that Peters could pull a Skarsgard: win the Emmy for a hugely popular HBO murder mystery that scored three acting Emmys in which he shares nearly all his scenes with the lead actress Emmy champ and in which his character dies, and go on to win the SAG Award in the sole actor category for a supporting turn (in Peters’ case, he’s not even in the full series, but his character is far more sympathetic than ASkars’). What’s more, though Smart is currently in 10th place in the odds, it’s not out of the realm of possibility for “Mare” to earn the same four SAG Awards nominations as “Big Little Lies” did for its first installment: three in actress and one in actor.

Peters has never been SAG-nominated before, while Winslet is seeking her 13th bid. She has three previous wins: two in film in supporting actress for “Sense and Sensibility” (1995) and “The Reader” (2008), and one in this category for her previous HBO miniseries “Mildred Pierce.”