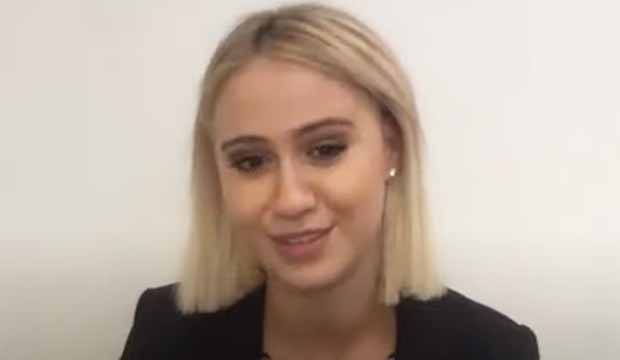 Maria Bakalova scored her first-ever Oscar nomination for her audacious performance as Tutar in “Borat Subsequent Moviefilm.” Bakalova is arguably the most acclaimed breakout star of 2020, which is all the more impressive because this role is not only her debut in an American studio film, but it is also her first comedic foray. The young Bulgarian actress had to date only worked in theater and on screen in primarily dramatic roles in Europe.

Filmed in secret, “Borat Subsequent Moviefilm: Delivery of Prodigious Bribe to American Regime for Make Benefit Once Glorious Nation of Kazakhstan” is the follow-up by three-time Oscar nominee Sacha Baron Cohen to his 2006 smash hit mockumentary “Borat! Cultural Learnings of America for Make Benefit Glorious Nation of Kazakhstan.” Bakalova plays Borat’s 15-year-old daughter, who accompanies her father to the U.S. as he offers her up to former Vice President Mike Pence. They return home as acclaimed Kazakh journalists after run-ins with right-wing media, the Conservative Political Action Conference, and most notoriously, twice-impeached former President Donald Trump‘s personal attorney Rudy Giuliani.

In the Best Supporting Actress category at the Oscars, Bakalova faces off against Glenn Close (“Hillbilly Elegy”), Olivia Colman (“The Father”), Yuh-Jung Youn (“Minari”) and Amanda Seyfried (“Mank”). Seyfried and Youn are also making their Oscar debuts.  Colman returns to the Oscars after winning Best Actress in 2019 for “The Favourite,” coincidentally beating Close that year, who is the veteran of the race with a staggering seven previous nominations to her name without a win.

Bakalova has two strengths in this race. Firstly, there have been a number of upstarts who have won supporting actress in the past, including Anna Paquin (“The Piano”) in 1993 and Jennifer Hudson (“Dreamgirls”) in 2006. Secondly, comedic performances have tended to do better here than the other three acting categories. Marisa Tomei surprised everyone when she triumphed in 1992 for “My Cousin Vinny” over three Brits and an Aussie all in more serious “Oscar-friendly” fare. A couple of other funny ladies then won in quick succession: Dianne Weist (“Bullets Over Broadway) and Mira Sorvino (“Mighty Aphrodite”) scored in 1994 and 1995.